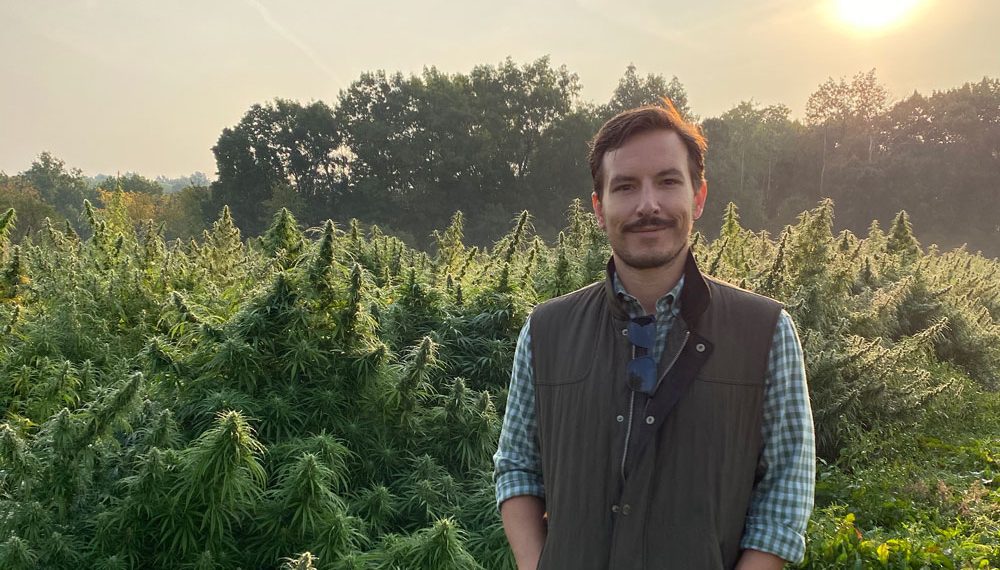 Everyone has a unique story when it comes to cannabis brands. And some are more unique than others. I love my job, and having the privilege of uncovering these stories, and getting to know people like Casey Yosin is what makes me love this industry. And while the words “one love” may ring familiar and true to you, the business of One Love Labs is a unique story.

About 45 minutes north of Detroit in the unlikely locale of Burton, Michigan—far more famous for its ice hockey and grand timbers than its place in the cannabis world—sits one of the foremost extractors in the country with an unusual penchant for helping people through the powers of cannabinoids.
One Love Labs founder and CEO Casey Yosin, 38, sums up its purpose in that very word: love—and the desire to help others find the healing powers of cannabis. 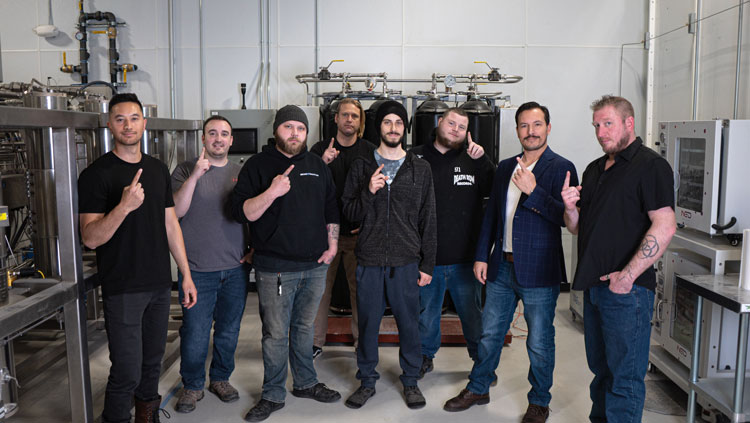 Yosin is quick to emphasize that he didn’t do it alone. “I would not have been here without my dad, Craig Yosin. He loaned me the money to buy my first big piece of equipment, and, without that, I would not have pulled this off,” Yosin says. Mark Acchione (of Rocket Mortgage fame) and Louis Meeks II are the other two primary partners, and he paid his dad back when making the switch from CBD into cannabis. He is quick to rain compliments on his team of staff and investors, a humility that he says was not part of his general nature growing up.

“I was basically a cocky little shit, an alpha of the alpha males,” says Yosin with the humility only someone who has been there and done that can muster. “I was the captain of every hockey team I ever played on, always the life of the party.”

It wasn’t until he was laying in bed, in constant, excruciating pain, and couldn’t move that Yosin was able to gain clarity on what was important. “I needed to learn some humility—and that life comes at you hard,” he says. “Now I’m just lucky to get up out of bed every day.”

Serious hockey ended for Yosin in college. Having played junior hockey (if you know, you know) at the pinnacle of his career and watching some of his high school buddies go on to the NHL, he dropped out of architecture school and went straight into the family business—45-year-old Hardwood Door & Bevel—in 2004.

“I learned every single bit of the whole trade, from sweeping floors, how to build doors, custom glass windows, installs, design, and client relations,” he says. The family business may not have been for him, but the background was integral to his cannabis journey.

Never heard of One Love Labs? That’s because it has been quietly growing, harvesting, and processing for more than a year now, and the brand is just launching in April 2022, with both its own retail line of edibles, concentrates, and cartridges, and a robust offering of white-label products ranging from gummies and chocolates to tinctures, cartridges, distillate darts, and more.

Yes, this is a full service operation and a massive, modern production facility, a guiding star of the midwest cannabis industry. One Love Labs specializes in biomass extraction, including BHO, ethanol, and CO2, and distillation methods in the form of darts, concentrates, cartridges, and tinctures. Edibles include gummies, chocolates, and water soluble powders. It also offers packaging in the form of cartridge filling, disposable pen filling, edible and flower pouch filling, and chocolate wrapping. One Love Labs’ state-of-the-art machines can produce more than 15,000 gummies per hour, fill more than 1,800 cartridges per hour, and include extraction outputs that are setting new industry standards. 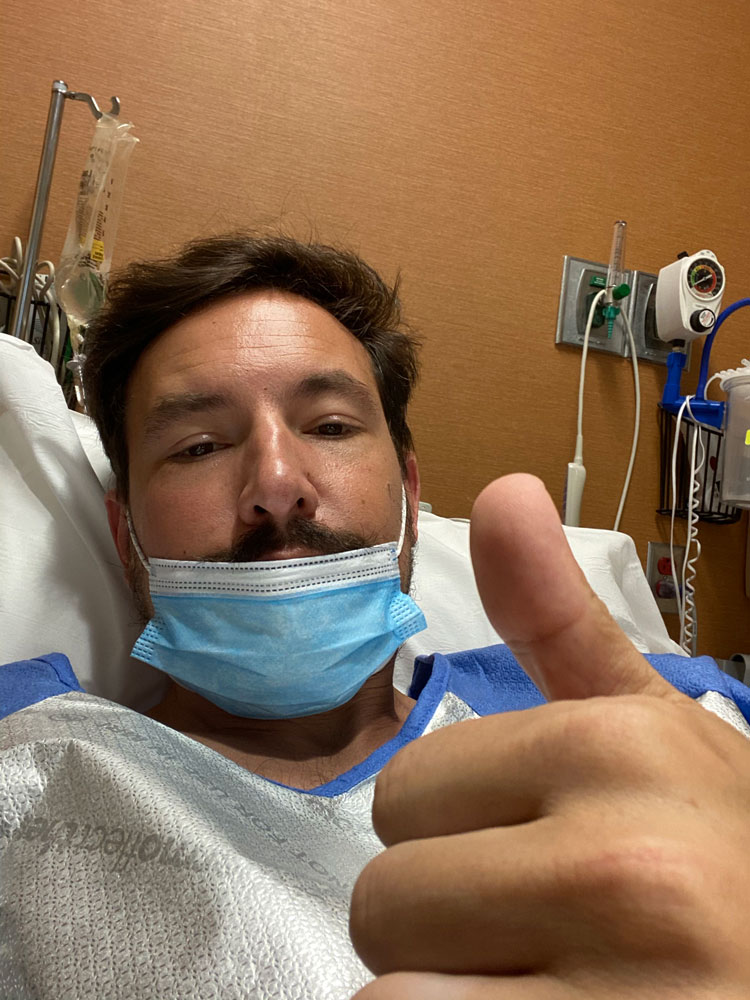 One Love Labs began in pain. In 2016, Yosin was essentially paralyzed through a mishap at a chiropractor appointment, which led to six months of bed rest—but this tragedy would unknowingly bring his passion for the cannabis industry into full bore. Although this was literally his first experience at a chiropractor, Yosin had been suffering from pain due to a broken back suffered in a wakeboarding injury years earlier. This is not unimportant to his story. After the accident, Yosin ended up addicted to a long-acting oxy-derivative called Opana. “I learned the hard way that you will be addicted to this stuff,” Yosin says, “and because of the nature of this narcotic drug, the withdrawal was a couple of weeks long, not days.” Yosin is emphatic: he knew right then and there he would never take another opioid again, and he had to do something to help others avoid the same situation in which he had unwittingly found himself.

The day he got back to work at his family business, a massive custom door frame fell on him as they attempted to move it onto a job site in Chicago. An hour-plus drive from home, he knew as they pulled that door off of him that his back was broken, again, and this time the pain was truly unbearable. Infinitely stubborn and self reliant, he got in his truck and started driving toward the hospital.

Facing a second paralyzation, pain, and the potential for narcotic interventions, Yosin headed into emergency surgery committed to avoiding narcotics and making the best possible recovery he could. His life and his family depended on it. “I was already in so much pain, I was not willing to tackle even another couple hours of it. I’m surprised I even powered through the first time,” he says.

“I knew I needed help at that moment, and I said a prayer right there,” Yosin continues. “I said that if this is the plan I’m meant to be doing, I will never stop hammering.” Following a successful but risky Mobi-C cervical disc replacement spinal procedure, he got up and left the hospital three hours post-surgery.

“I just wanted to get at it,” says Yosin, infinitely resolute. “I wanted to get back to having a life where I could move around and do things again. It made me more thankful for every single day. When you’re consumed by pain, you look at things differently.” He undertook his entire recovery without the help of any narcotic pain killers, and hopes to inspire others to avoid the addiction and withdrawal that he went through years earlier. 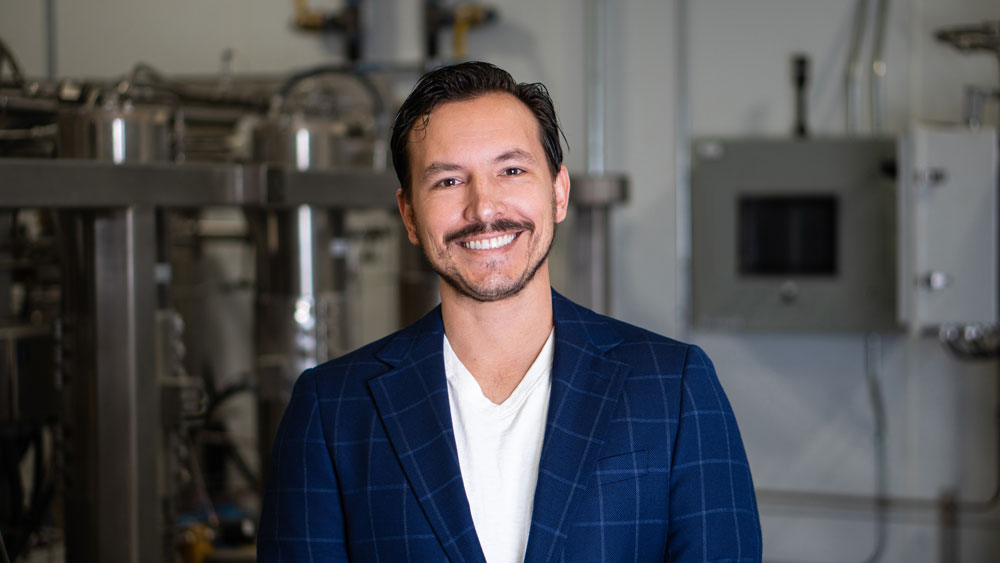 From CBD to THC

In order to facilitate this journey, this newfound purpose in life, and begin helping others along the path, he founded Total Health Companies, a CBD brand, in 2016. It also hosted a comprehensive website to help people understand CBD and cannabinoids.

Yosin grew approximately 30 acres of hemp in his home state of Michigan, and, at that time, he was also extracting and building the industry from the ground up. “I just happened to know some guys who were already really good at extracting,” he explains. “I just gave them a way to do it legally.”

But, he says, “Unless you have a complete supply chain there’s really no way to move that stuff. Establishing a supply chain and manufacturing has been very hard. I’ve been in the hemp industry for six years. I’m an OG in the hemp game; for someone to stay around for that long is almost unheard of. But I built the entire supply chain—topicals drying, processing—and I make my own sustainable packaging.”

Yosin says he was fortunate to connect with some cash-heavy investors early on to help grow in the fledgling Michigan cannabis industry. “When Michigan first started it was very speculative for property and businesses; no one knew where the zonings would end up falling. So you had to buy 10 properties and hope one falls in the zone. It was very cash heavy,” he explains.

“People already knew from our family business that I was a guy who will say a thing and do it. I already had the highest quality product and reputation in one area, so they trusted me to execute in this area,” he says. “We’re really going to blow up—because we’re going to be able to offer these services of allowing people to have their own brands and their own stores and their own grows.” 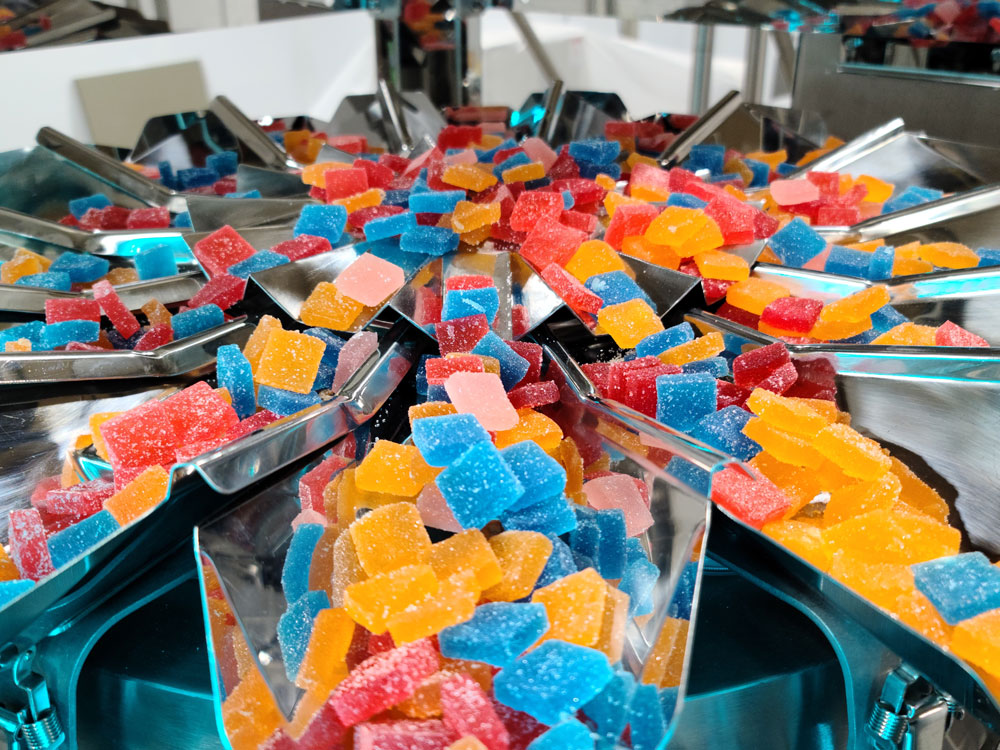 One Love Labs’ 10,000-square-foot building is a modern wonder that was practically built from the ground up. “The shell was existing,” Yosin says, “but we had to put all the infrastructure in, including the water line, and all the underground facilities.”

“Everybody is ecstatic to get everything going,” Yosin explains during our multiple phone conversations. “Last fall, I bought three freezer trailers, semi-trucks with commercial freezers below -20, and secured enough material to run for a half a year. I sent them out to outdoor grows with my automated bucking system. We set up these trailers to be MRA compliant with cameras on the inside and outside, sitting out there since October, waiting for us to process.”

The name One Love Labs came from a group effort from the whole team. “We essentially said, what would be something that would resonate with people, that would embody the things we believe as a team. That love is the highest vibration,” he says. “How do we convey that into a brand? When you put love into something that is truly intended, you can’t be stopped, you won’t be stopped,” he says.

Everything Happens for a Reason

“It’s been my intention that has carried me through,” Yosin says. “I did this to help people. They don’t need to rely on prescription drugs to deal with these things.”

Yosin’s two kids, now 10 and 6, are still on top of him, literally, every day, just as they were when he was bedridden for months at a time. “That was equally as hard as the physical pain, and gave me that much more drive to want to get back to it,” he says. “Money cannot mean more than doing things correctly. I operate like that.”

“I had to learn all of these lessons the hard way. I’m a hard-way learner unfortunately. The universe, God, whatever you want to call it, needed to teach me some humility, and patience. Now, I’m very grateful for every moment there is. It can always be worse. It’s all problems on the way to the goal. And I’m lucky to be able to tackle the problems every day,” Yosin tells me.

And there is no doubt in my mind at this point that he means it.