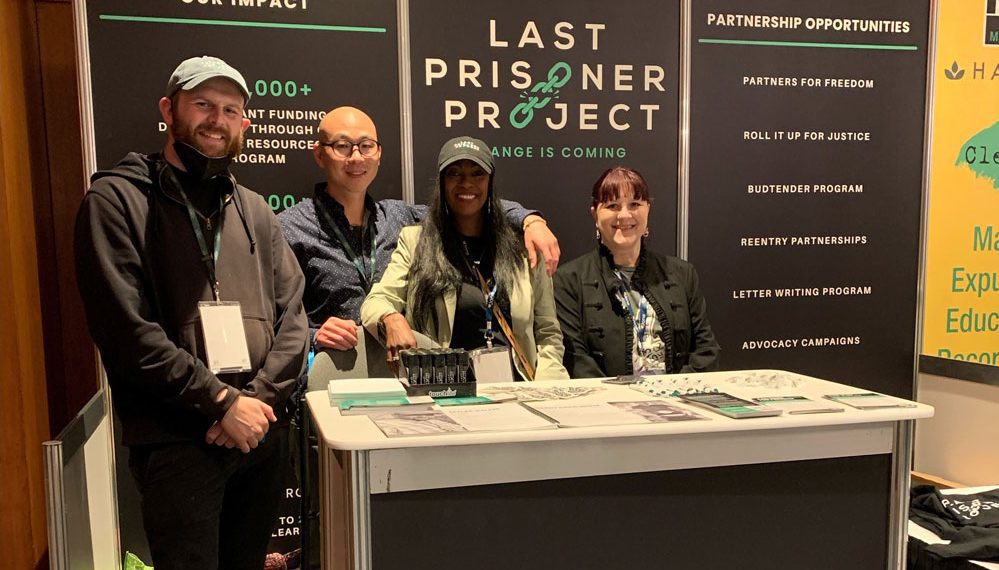 Stephanie Shepard shares her story of unjustified incarceration, and how she now fights for those imprisoned for crimes that are no longer criminal.

Stephanie Shepard is not a drug dealer. She is a woman who enjoys cannabis and who has a big, bright smile despite everything she’s been through. She is a collector of hats who embraces the simple and beautiful moments of life, such as a walk to the park or a ride on her skateboard, and is a champion for those still wrongly imprisoned in today’s cannabis climate.

In 2010, after a year on pretrial, she was found guilty of conspiracy to distribute 1000+ kilos of cannabis, and has since served nine years of her 10-year sentence. She is not a drug addict and, more importantly, she is not a threat to society, despite what the felon label she carries around may imply.

We sat down with Stephanie to hear her story. Her whole story. Who she is, what she lost, and how that loss became fuel for the fire to help those still incarcerated. As she shared her experience, she had her tissue ready because Stephanie wears her heart on her sleeve and doesn’t shy from the emotion and pain. It still overtakes her. Imagine losing ten years of time with your loved ones, ten years of making memories, of having the freedom to decide what happens next for you, and of not being able to spend time with your father as he passes away. Imagine spending 10 years locked away while others are now thriving in a legal cannabis industry.

Where the Nightmare Began

Stephanie grew up in Sacramento, California, where she currently resides, the youngest of seven children. In 2005, she moved to Williamsburg, Brooklyn—happy, hopeful, and looking forward to her future. None of her siblings had ventured away from home, but she loved the energy of New York City and so she left the nest with all the dreams in her heart. Following in her father’s footsteps, she got her real estate license, and then of course, met a guy. That guy sold cannabis. Stephanie didn’t think much about it, as it was just cannabis. Her first time smoking had been at age 28, when she sought to manage her anxiety. It helped.

There are moments in life that make you wonder how things could have been different. The what-if moments where your life path splits. Stephanie’s path split at age 40; her now-ex-boyfriend had been arrested, and she agreed to be his medical-leave guardian while he awaited sentencing. Before that, she wasn’t on anyone’s radar. A judge even told her she was a responsible person with a good place for him to be released.
On the day she was getting ready to pick him up, there was a buzz at her door, and her nightmare began. 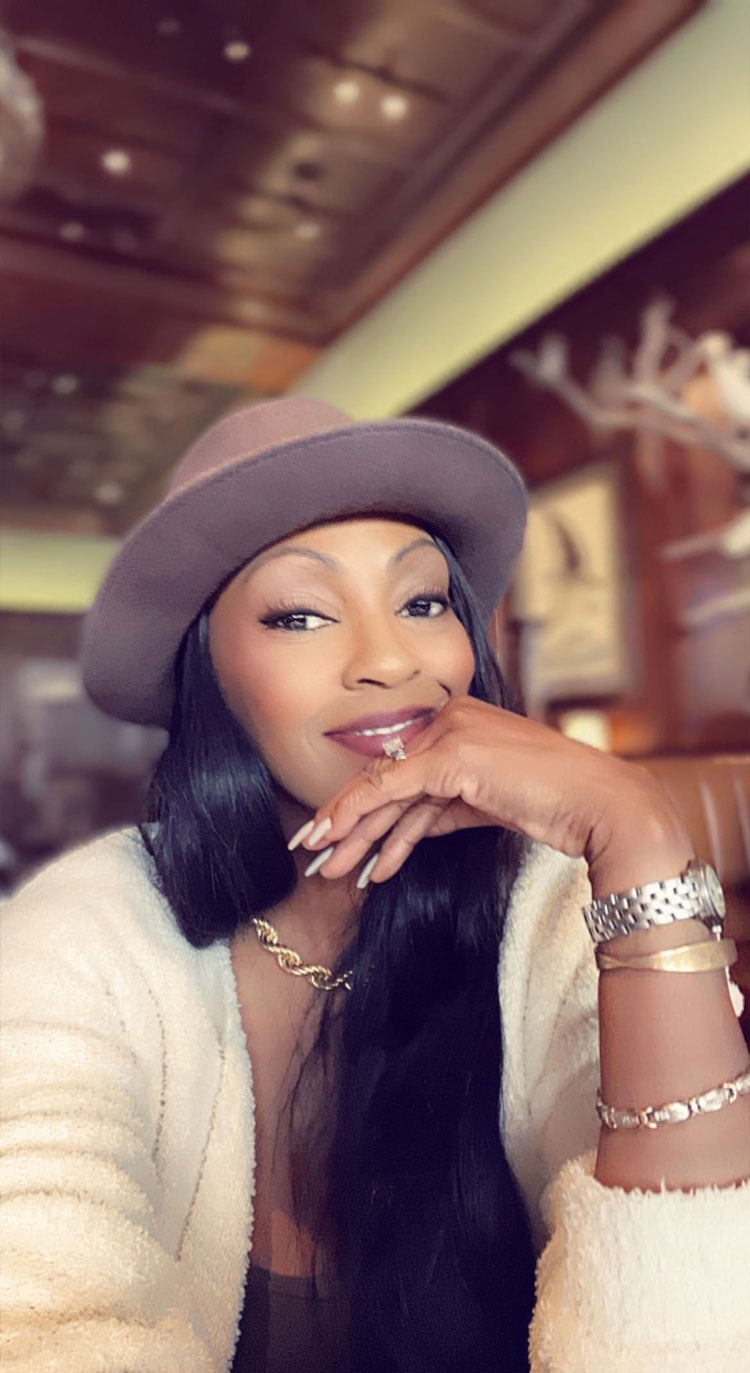 Life Without an “After”

Nothing about her arrest felt real. So much so, that while she spent a year on pretrial, she begged her siblings to keep it secret. She could not bear to tell her parents. There was no way she was going to be found guilty of any crime. That year was the hardest on her. There was a lot of shame and guilt to carry. She lost her real estate license with the pending felony and suddenly found herself trapped in New York, unable to go home where she would have had support.

On the way to her own sentencing, when her sister asked if she wanted to stop for something to eat, her response was they would get something after. There was always an “after” in her mind.

But the jury found her guilty, and ten years was the mandatory minimum sentence. She finally had to tell her 91-year-old father, and his response was, “Stephy, I don’t have ten years.”

Stephanie was found guilty of distributing cannabis illegally. She had just wanted others to benefit from the medicine that was helping with her anxiety and making her life better in general. There was never any conspiracy. But that didn’t matter now; she was a prisoner.

Disbelief in her situation lasted for five years. Halfway through her sentence she woke up, looked around, and realized this was her reality. It was time to prepare for the rest of her life.

Stephanie is driven by helping others. While inside, not wanting to do anything to benefit the prison system, she chose to teach ESL classes to other inmates. Her goal was to help them be better when they were able to return to society. Her fellow inmates were her family. She empathized with other women incarcerated for cannabis offenses.

Funny thing though: she never met a white woman who was incarcerated for cannabis. Only Black and Brown women. Was this a war on drugs? Or a war on people? How could this be, and how could she help? This stuck with her, and a new commitment was born.

Stephanie was offered an opportunity to shave one year off of her sentence. The catch? She had to admit she was a drug addict and enter a rehab program. She resisted. There was no reason to attach the drug addict label to herself and create even more hardships for the rest of her life. But Stephanie’s father got sick and that would make the decision for her. She desperately wanted to see him before he was gone.

Her father was a 40-minute flight away, but the powers that be dragged their feet in granting permission for her to see him one last time. By the time they finally approved the trip, it was too late; he passed away later that day.

She did make it out for the funeral, but what she wanted was more time to explain, to share her love for him, to hold him one last time. It’s something that’s so easy to take for granted: time and freedom to choose how you spend it. 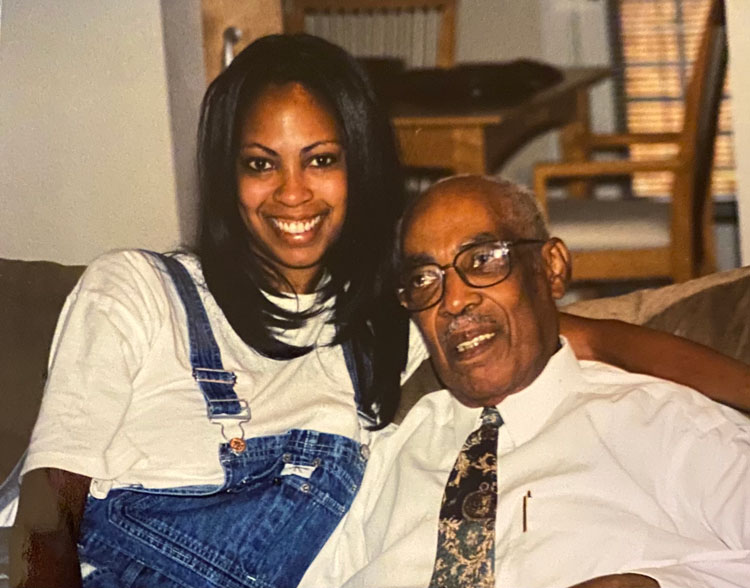 Change for the Better at its Worst

Stephanie was released. Her sister gave her a safe space to re-enter life. But wait, what is this? A billboard on their way home advertising for cannabis deliveries? How could this be when she had just been in prison for nine years? When she was going to be a felon for the rest of her life! She had to ask if that was real. Her sister said, “Oh yes, there are dispensaries all around town now and delivery services that bring it right to your door!” This wasn’t so-called back alley dealing anymore. And certainly, no one in those shops were being labeled drug dealers.

Armed with her newfound commitment to help those incarcerated for a crime that has yielded a thriving industry in so many states, Stephanie Shepard attended Last Prisoner Project’s (LPP) first fundraiser in San Francisco in 2019 wearing her ankle monitor. It was the first real social event she experienced after her release, and she wanted to hear what they had to say. This was an important event in the trajectory of Stephanie’s life. It was there she met people who would welcome her into this community.

Until Everyone is Out

LPP is a nonprofit organization dedicated to cannabis criminal justice reform. Stephanie is now their Partnership Manager and was very recently appointed to their Board of Directors. “There’s nothing else I can do in my life right now other than what I’m doing. People incarcerated for cannabis offenses are feeling helpless and hopeless. I’m here to use my voice to uplift them and do right by them because they deserve it. They don’t deserve to be incarcerated for cannabis.

There are other things I could do to benefit myself more, but that’s not what it’s about right now. It’s not about ego.”

As Partnerships Manager, Stephanie works tirelessly for the constituents. She knows exactly how they feel sitting inside while the cannabis industry makes billions of dollars. Every dollar made is off the backs of those incarcerated. Stephanie feels this so deeply, she wishes that she could just trade places with some of the young people who are in prison. She says she would give her life so young people such as Kevin Allen, who has life in prison for selling $20 worth of weed to a friend, could be free.

Stephanie implores everyone in the industry to just do something, whether that’s their “Roll It Up For Justice” program, where people can round up their purchases at checkout with a donation, or more boots-on-the-ground efforts. Whatever it takes to prevent anyone else from losing another day, minute or second.

Stephanie lost nine years. She lost her job, her freedom, her last chance to tell her father she loves him. But she did not lose her spirit, no matter how hard the system tried to break her. Her greater calling is now to help people in the same position. There is no stopping until everyone is out. Legalization is not enough. What’s needed is retroactive justice. With the label of felon, there are many things in society that she no longer has access to. But her voice is loud. We have heard it now and hope you have as well.

How we care for each other is the most important thing. “I want to be the voice in the room for them. I’m the emotional crying, possibly screaming, voice. The collateral consequences are too large.” Stephanie knows who she is. She is more than a felon. Nothing imposed upon her is going to put out the fire inside her.

The Last Prisoner Project was founded in 2019 out of the belief that no one should remain incarcerated for cannabis offenses. We are a team of advocates, experts, leaders, and justice-impacted individuals who are deeply committed to freeing every last prisoner of the unjust war on drugs.

POLICY: We impact legislation that redresses the harms caused by cannabis prohibition. We work with stakeholders across the country to pass and implement bills that will (1) provide release for individuals still incarcerated for cannabis, and (2) automatically clear cannabis records.

LEGAL: We focus on clemency initiatives at the state and federal level, filing motions for compassionate release, and record relief for individuals. This all made possible through our partnership with the National Association of Criminal Defense Lawyers (NACDL).

REENTRY: We ensure our constituents have the tools and resources they need to rebuild their lives after incarceration and create pathways to employment within the legal cannabis industry.

ADVOCACY: We raise public awareness of the harsh reality of cannabis-related incarceration through a variety of advocacy campaigns, including letter-writing drives, constituent storytelling, and direct actions; and empower our supporters to join the fight to secure the full freedom of the communities we serve. 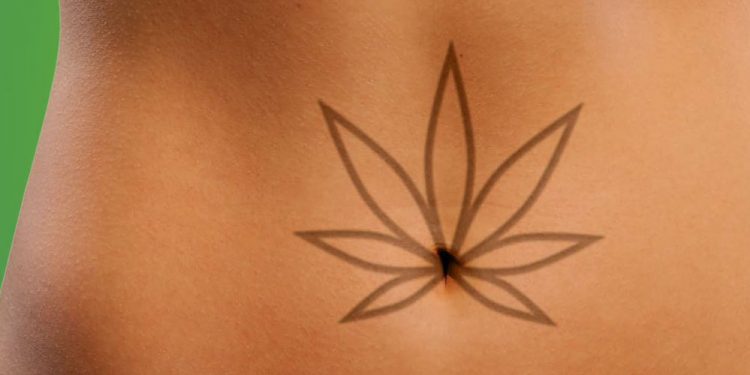 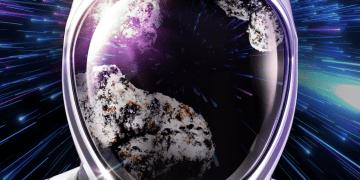 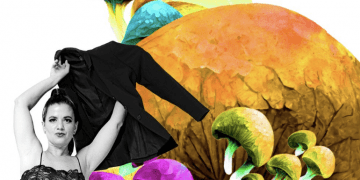 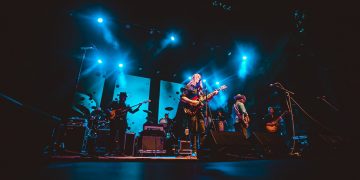