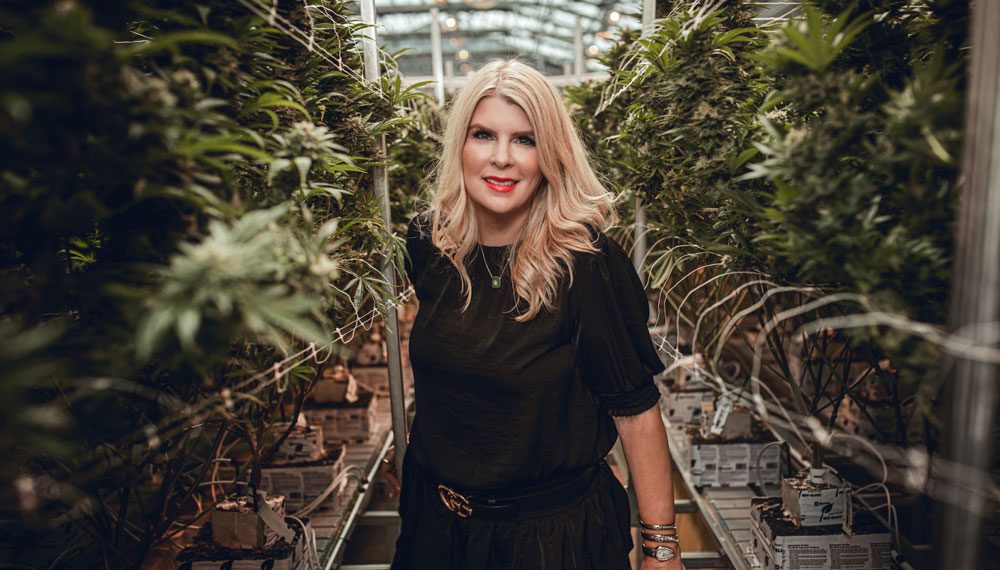 When I decided to move to Denver from Miami in 2015, everyone—friends, family, strangers like the guy at the car dealership in Tallahassee where my dad was buying a, no lie, Chevy Colorado the week before I headed west—had the same reaction. “Ohhh, Denver, huh?” they’d say with a snicker, as if the Mile High City’s name was a euphemism for the real reason I was leaving the Sunshine State. “You’re going for the legal weed.” A statement, not a question.

They weren’t wrong. But fast forward seven years and it’s legal weed that just may bring me back to Florida. I don’t know if I miss Miami or miss being in my 20s in Miami but either way the feeling’s the same and FOMO’s hitting hard whenever I see news coming from the Magic City’s greater metro area. And the news is nonstop because everything is happening in South Florida, everyone is moving there, and I feel myself getting caught up in the tide.

Durée Ross assures me that I am not alone. “So many people want to be in Florida,” she tells me. She’s not being hyperbolic; she’s just stating facts, and the fact is Ross knows the market. She was born in Miami, raised in Miami Beach, graduated from the University of Miami. Armed with a degree in communications, she founded her eponymous Durée & Company PR firm in South Florida at the age of 24. This place is her home, and she can see why lots of people are feeling its draw.

“Between the tax structure, the weather, emerging industries like cryptocurrencies and NFTs, the great tech scene, and then you add in cannabis—it’s fascinating. There are so many synergies,” she tells me over Zoom from Durée & Company’s Ft. Lauderdale office where she and her team had just celebrated a bridal shower. “Lots of sugar,” she says, laughing, “so I don’t know if I’m gonna fall asleep or just be totally excited.”
Spoiler alert: she’s totally excited. 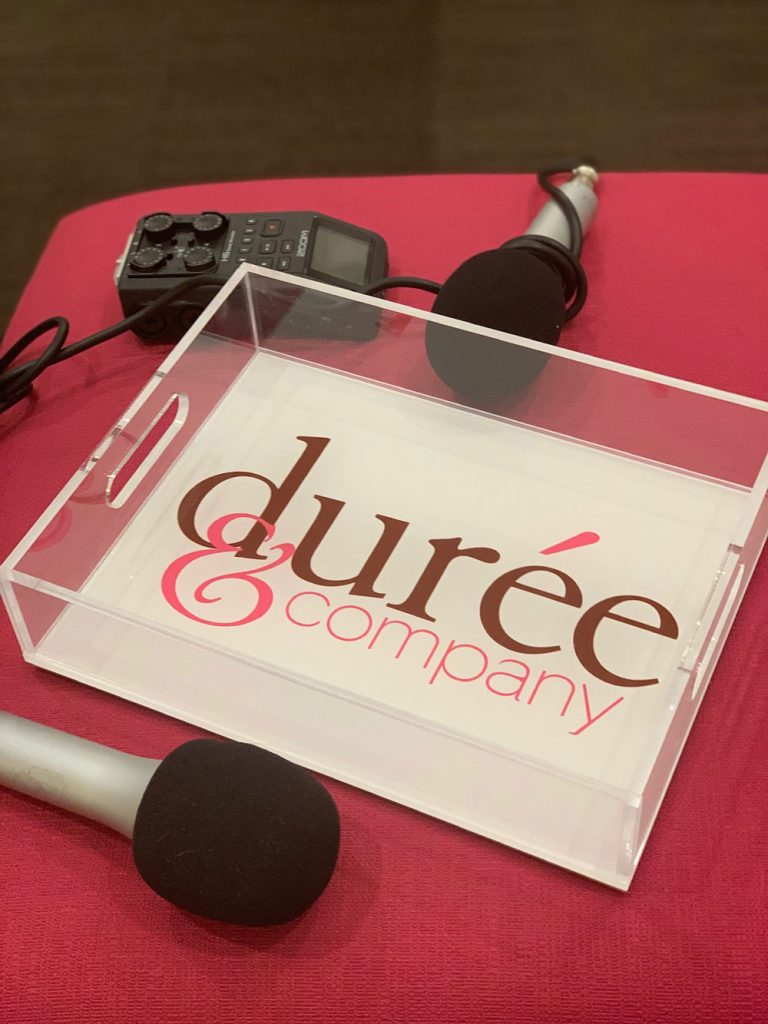 Durée & Company counts some big names among its curated client roster, which spans business and lifestyle industries: real estate, hospitality, nonprofit, marine and yacht, art, legal, and emerging industries like cannabis, psychedelics, and cryptocurrencies—basically, all the industries collectively powering South Florida’s evolution into a global epicenter of commerce and culture, tech, and trade. The message is out: this is a place where people want to live and businesses want to operate.

Florida-based cannabis businesses top that list. The industry has a dire need for retail space, and its growing base of employees is searching for residential housing as it moves to and within the state. So at Durée & Company, the real estate business is booming. “It’s just an insane time in real estate—and think about how much cannabis needs real estate. There are so many synergies between the industries,” Ross says.

Case in point: her agency’s expansion into the burgeoning cannabis and hemp/CBD practice back in early 2018. “We got into cannabis because a real estate client was investing in a national CBD brand. He said that his current provider wasn’t working and asked if I knew anything about it—‘do you know what CBD is? I’m an investor in this company, and I need to bring you in. We need to change, can you do this?’”

Durée Ross could. She’d been wanting to for a while; she sensed that the country was on the verge of a green rush and she was right. That rush became an unstoppable surge with the passing of the 2018 Farm Bill, which legalized the production of hemp—and therefore hemp-extracted CBD—in the US. But before she dove in head first, she needed to wrap her head around the ins and outs of what adding a cannabis division to her existing, robust client portfolio would look like. And it started with the very basic question of how do you pitch CBD to the media?

“The first question a journalist is going to ask is ‘what can I use this product for?’ And we couldn’t really say,” Ross says. Any answer they wanted to provide would run afoul of the FDA’s policy prohibiting a company from marketing CBD products as providing any health benefits (yes, including the myriad benefits you’ve undoubtedly heard CBD may provide). “You can’t make a claim, you can’t even insinuate, you don’t want the FDA issuing a warning letter to your client.” 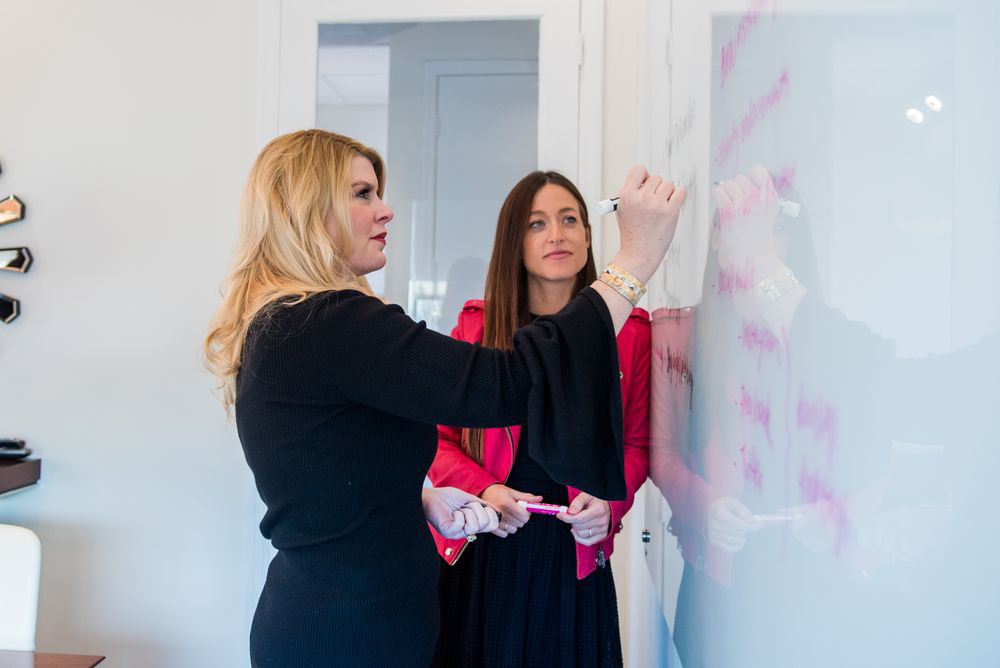 Kim K. to the Rescue

ICYMI: In April 2019, Kim Kardashian was awaiting the arrival of her second son with Kanye West (being delivered via a surrogate) and she decided to host a CBD-themed baby shower. Kardashian told People that she was “freaking the f**k out about having a fourth kid” that was due in two weeks, so she got her nearest and dearest together for a blissed-out afternoon of meditating, sound baths, and visits to the DIY CBD bar where they could make their own infused bath salts and body oils. The high-profile guests all left with a swanky gift bag laden with all sorts of CBD goodies of Kardashian’s liking.

“Whatever your feelings about Kim Kardashian,” Ross says, “her CBD baby shower was gold for us.”
Durée & Company may not have had any clients with products at the happening, but that didn’t stop it from leveraging it as a hook. Kardashian’s cannabinoid-centric event provided an opportunity to not only get clients’ products featured in a bunch of places but also to bring CBD into the conversation for a larger swath of consumers whose interest they hoped to pique.

The shower also served as a rude awakening about the extent of the stigma and confusion surrounding cannabis, CBD, and hemp. Some big national networks that typically would consider coverage of a Kim Kardashian baby shower to be catnip for their target audience got directives from the top down that they couldn’t touch the topic.

Things have evolved in the three years since then, but it still can be challenging for the Durée team to navigate who will and won’t cover cannabis and hemp—a job made all the more difficult by a dizzying maze of regulations and restrictions that prevent marketers from using the tactics they employ for products in any other industry. There’s no handbook for cannabis PR firms to follow, and the path they’re forging is littered with roadblocks.

“Marketing cannabis is not a one-size-fits-all approach,” Ross says. “There are a lot of complexities to navigate, and they vary by state. You can’t give out samples from medical marijuana treatment centers in Florida. You also have to be careful with the terminology—in Florida, it’s ‘patient,’ not ‘consumer’ or ‘buyer.’ Edibles in Florida can’t have any color to them, so an infused gummy may taste like cherry or whatever but the gelatin has to be clear—the state doesn’t want it to look colorful like it’s candy. And the packaging can’t have more than two colors. So imagine you’re pitching a journalist on an edible in Florida, and that product is also available in another state. It’s the same formula but the two products look nothing alike.”

That’s an anecdotal way to explain that there’s a huge difference between traditional marketing and PR and cannabis marketing and PR. To do it right, you’ve got to know the plant on many levels. A deeper understanding of the whole cannabis supply chain is essential, which is why Durée’s client roster includes medical marijuana treatment centers, multi-state operators, lawyers, labs, doctors, products, and other vendors and services from up and down the supply chain. “We work with a carefully curated collection of clients so we can really be an extension of them.”

Ross sits on the boards for the Florida Hemp Council and the Cannabis LAB; she sits in meetings that have nothing to do with her clients just because “it’s the right thing to do. It’s not just about pitching stuff out there, we’re strategic with our approach for each of our clients up and down the supply chain. And so from the start, we had to wrap our head around policy and science. We have to understand our clients and the science in order to properly represent them and the industry.”

“We decided that if we were going to do this, if we were going to get into the cannabis and CBD space, we were really gonna do it. It wasn’t just about representing a couple of clients or pitching our clients; it was about asking, ‘How do we help make this industry a little better?’”

And the industry certainly needs all the help it can get. “It’s hard to even just have a checking account, to have a website, to be able to send emails out, to use social media, to sell products on Amazon,” she says. What worked yesterday may be blocked today or get you shadow banned on Instagram. But cannabis businesses are nothing if not resilient—they’re used to being nimble. When forced to pivot, they manage to pick up steam—and the Florida market is sure getting hot. 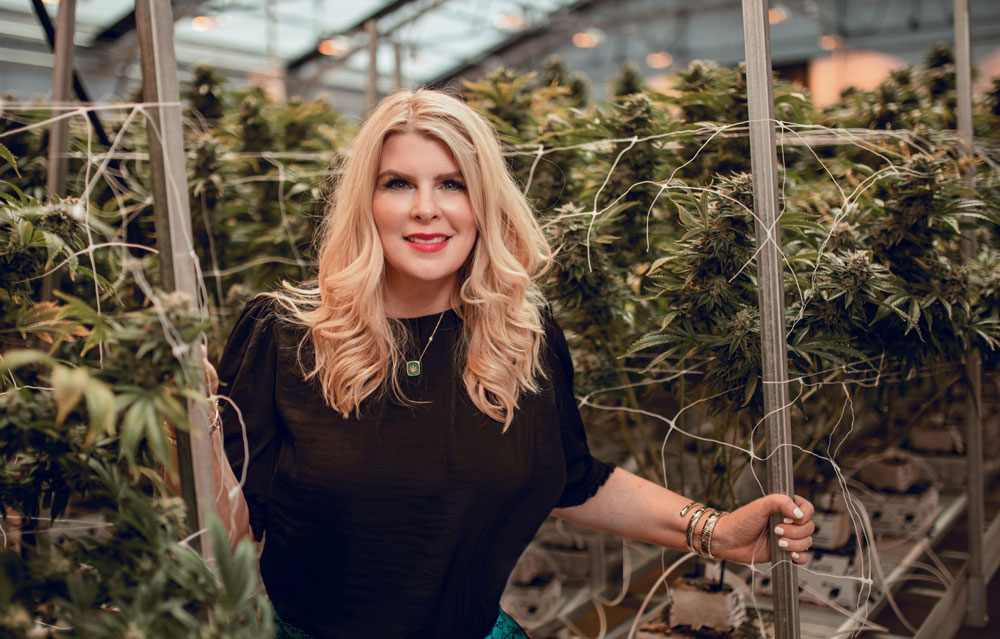 Bring It On Home

ArcView Market Research estimates that Florida’s medical market will generate $6 billion in sales by the end of this decade—and that’s if sales are restricted to patients only. If Florida opens up recreational sales (or, rather, when) to its 20 million residents and 150 million tourists, it will be one of the largest cannabis markets in the world. Some 76% of Floridians are for full legalization, according to a survey by the University of North Florida’s Public Opinion Research Lab—an increase of 12% since 2019.

With the legalization of recreational cannabis somewhere on Florida’s horizon, some of the industry’s biggest names (think: California-based Cookies and Las Vegas-based Planet 13) are making moves in the Sunshine State. Everybody’s lining up and poised to go hard when things go rec here in Florida,” says Ross.

Which brings me right back to where I started: when Florida legalizes cannabis for recreational use, I’m ready to come home. As Miami Mayor Francis X. Suarez recently told the Wall Street Journal: “Today, people can run their lives and businesses from anywhere, so the choice is not ‘where do you work?’ but ‘where do you want to work?’” 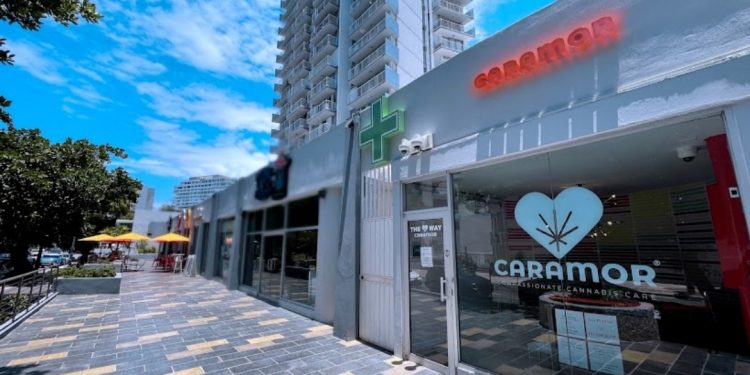 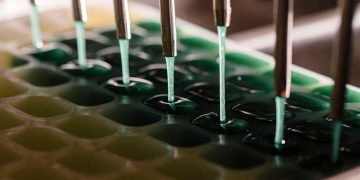