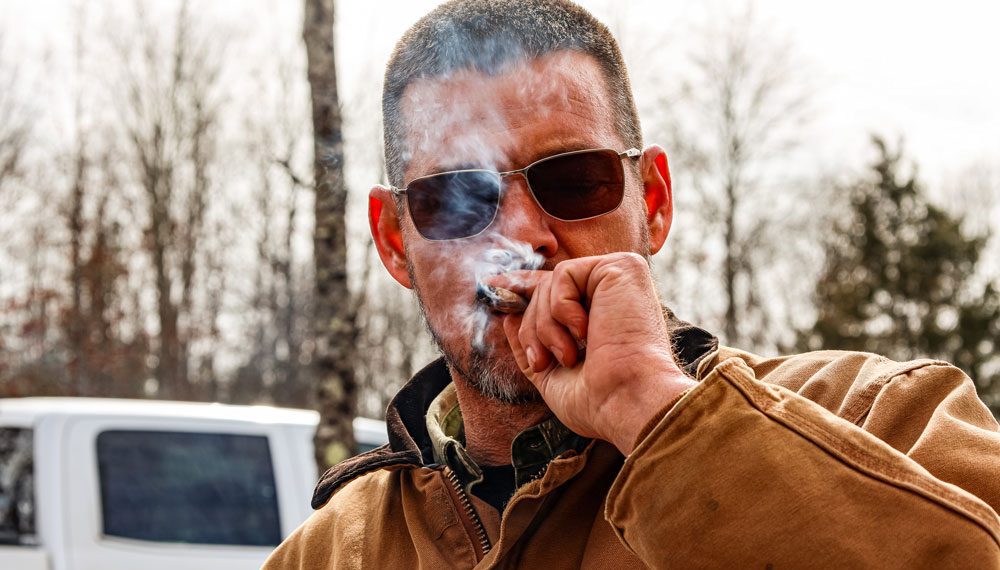 The epic tale of Carter Creek Cannabis is more than the story of a renegade named Slim. This is the tale of an industry rising up from the shadows and making cannabis a means by which we can all find a higher purpose

The story of Slim and Queen Bee reads like a good country song. The founder of Carter Creek Cannabis, Slim (as he wants to be known), who grew up in the Ouachita mountains in the southeast corner of the state, just celebrated his 45th birthday. “March 21, the first day of the Zodiac,” he tells me, settling into his office. “Not long after I was born, Elvis died.” On his 16th birthday, Slim was incarcerated for growing marijuana. Years in the dark followed, spiraling into issues with methamphetamines and a deal with a judge that saved his life. Now, he’s found redemption in his Christian faith as well as in the very place where the troubles of his youth began: growing (now-legal) cannabis. Working with a revolutionary fertilizer developed by NASA, Carter Creek is primed to supercharge the industry in Oklahoma.

Slim’s parents were respectable citizens—his dad, a banker—who had nothing to do with growing weed. “They never messed with any of that stuff,” Slim says. But Slim’s best friend and neighbor’s father was growing and even exporting Oklahoma cannabis to the marijuana-grow epicenter of Humboldt County, California. “He was a big-time outlaw,” says Slim. “If you looked up ‘outlaw’ on the internet, you’d come up with a picture of him.”

Despite the harsh sentencing laws in place in 1990, growing didn’t seem like a big deal to 13-year-old Slim. “Back then it was 30 to life for a cultivation charge in the state of Oklahoma, not counting federal time,” he says. “But we were young kids, and we figured if we got caught, we’re minors—the feds aren’t going to mess with us.” And when he did get arrested at 16, he was able to avoid serious charges.

Slim was a star baseball player in high school. The University of Oklahoma recruited him. He tried out for major league teams and got a call back from the Florida Marlins. But that possible future fell apart when he began to develop a methamphetamine addiction, which overtook his life by the time he was a senior. He was kicked off the baseball team, and the scouts didn’t call him back. By 2001, his life was a haze of cooking meth, aimlessness, and running from the law. After the terrorist attacks on September 11, he turned himself in. “I watched 9/11 on the TV, and I said, ‘Man, you know the last thing the government needs to be wasting its time on is looking for someone like me when they have some real terrorists to go look for,’” he says.

After serving 18 months in prison, he was out—and back at it again. He was hauled back in on a parole violation. The court put him in an Oklahoma drug court program that allowed him the chance to stay out of prison but face higher sentencing if he messed up (and, indeed, he grew pot the whole time he was in the program). On the day he was supposed to graduate, he was required to take a lie detector test and was asked if he was continuing to grow. He admitted he was and figured that he was headed back to prison.

He was shocked to find himself called to the graduation ceremony that day. Afterward, the judge confronted him on the court steps.

“He told me they knew I had been growing, even up to that day,” Slim says. “He told me he knew I had sinned through the whole program. He said he decided to stick his neck out for me and told me he was going to keep me out of prison because I told the truth on my lie detector test.” The judge struck a deal with Slim. He asked him to quit growing pot and to never break Oklahoma law for the rest of his life. Slim agreed. He gave it all up, and even stuck to the deal after the judge passed away in 2011.

“He could have put me in prison for 20, 30 years that day,” Slim says. “He didn’t because he believed in me. So I thought, I’m not gonna let this man down. And in October 2012, I was granted a full pardon by the governor.”

Learning Curve to the Moon

Things went well for a reformed Slim. He met his now wife, Queen Bee, soon after he was released, and they started having babies. He stayed away from drugs, including cannabis. He found a renewed power in his faith, in the grace of God. And then life took a weird twist. In 2018, the state of Oklahoma legalized medical cannabis. The very substance that had started a cascade of trouble was now presenting an opportunity. Because, despite any of the perceived sins of his past, Slim knew how to grow cannabis—outside, that is.

He founded Carter Creek Cannabis with Brady Sorrell, and the two began intense research on the best methods to grow in the way they would need to for a viable, controlled business: inside. With legalization, cultivating cannabis had evolved into a science, an art. “We didn’t have rules back when we grew,” he says. “So it was a big learning curve. It’s progressive science and nobody has it mastered. You have to be open and humble to learn new things.”

This was the new, reformed, revived Slim, a man with a second chance and an opportunity to learn and grow from the mistakes of his plant. Now, growing indoor medical cannabis instead of outdoor weed, we’re actually making medicine that has to be dialed in just right. It’s changing people’s lives.” 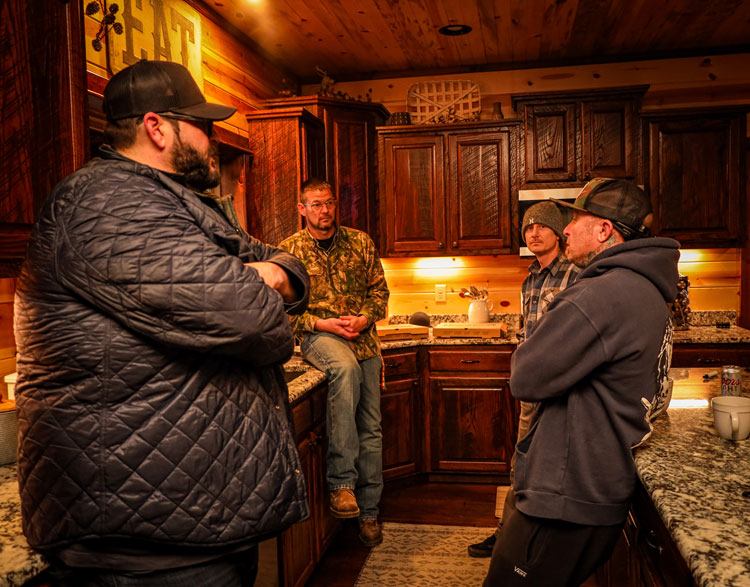 Slim also has a profound love of his home state, not just for the judge who saw bigger potential in him when he was at bottom two decades ago, but also in the way Oklahoma has been so forward thinking when it comes to cannabis. “I want to thank the state of Oklahoma and the legislators for how they wrote the cannabis laws. We have more pot here than California, yet the California market’s gonna collapse because they’re overtaxed and they have too much junk in their laws,” he says. “Oklahoma understands the bigger picture of cannabis. I also want to thank all of the citizens of Oklahoma for voting medical cannabis in. And then I want to thank them all for voting in recreational, because it’s going to happen. We’re not shunned here in Oklahoma. It’s even accepted in the churches.”

That religious acceptance is essential to Slim, who was teaching Bible study before the pandemic hit. And he found reassurance in his faith and his business in an unlikely place: social media. He had been positioning his Instagram page to promote Carter Creek Cannabis, but he got caught up in the narcissistic emptiness of social media. “I’d make posts and comments on my page to try to sell my business, sell cannabis,” he says. “But my heart just wasn’t in it.” At the same time, he went through a rough patch selling an HVAC business he owned and trying to quit cigarettes. Then God spoke to him—about Instagram.

“I was thinking, what’s the purpose of all this crap that happened in my life? And it was as if God sat down beside me and said, ‘Son, I give you a platform with 18,000 followers. And what are you doing with it?’” Slim says. “He said, ‘Growing cannabis and life itself are the exact same thing.’ He told me to try to think about the process that gives this plant life, something that makes this plant survive in this environment, and you’re going to relate that to life itself and what people deal with. And that’s going to be your grower’s tip of the day. (I mean, he even told me: grower’s tip of the day #farmerofmen). So that’s what I did. The cannabis is just a bonus and a vessel to get me from point A to point B.”

Remember that when you read Slim’s tip of the day: there’s a higher purpose in everything he does.