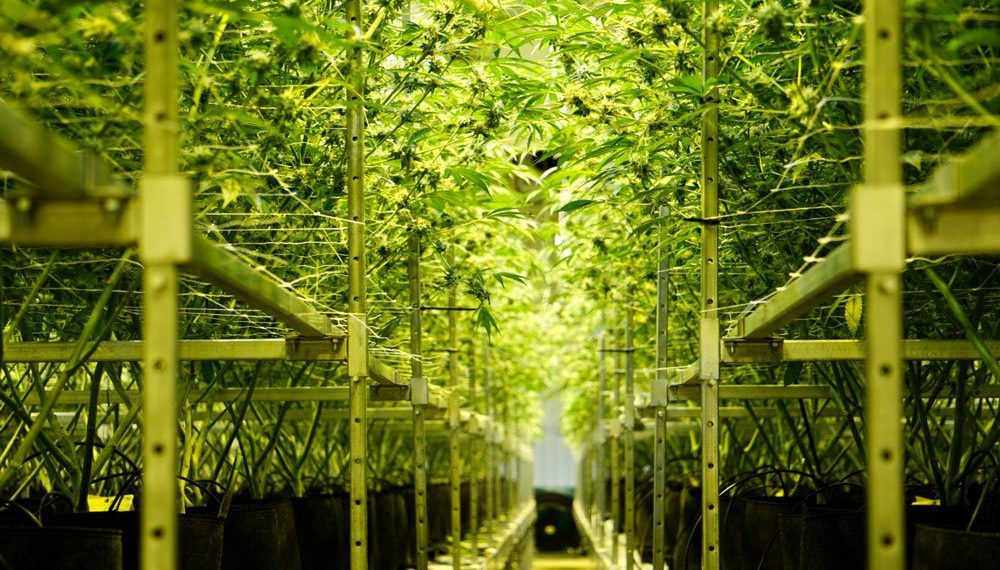 As the industry grows, the cultivation of the plant for profit can take a heavy toll on the planet. But concerned companies like Tallahassee-based Trulieve are banding together to create innovative practices and rigorous standards to ensure sustainable cultivation and commerce.

byStephanie WilsonandEugene Buchanan
in Feature, On The Cover
Reading Time: 6 mins read
A A
Share on FacebookShare on Twitter

The cannabis industry is growing like a weed. According to the Leafly Cannabis Harvest Report released last November, US farmers are producing 2,278 metric tons of cannabis per year. That’s a lot of pot—enough to fill 11,000 dump trucks. Line that cannabis convoy up on I-95 and it’d stretch from Miami all the way up to Pompano Beach—a glorious scene of rolling green on its way to deliver the country’s fifth most valuable crop.

While fun to imagine, this hypothetical scene would be an environmental nightmare. Garbage trucks are one of the least fuel efficient vehicles on the road. Plus, the optics would be bad for a nascent industry emerging from the black market with an unprecedented opportunity to make the world a greener place.

With federal legalization becoming more and more likely, the industry can adopt environmentally sustainable practices as a national standard from the outset. Instead of later trying to reduce the environmental impact of operations that already exist, cannabis companies can do it right from the start, ever more necessary as legalization spreads around the globe—something the plant’s generally nature-loving consumers are expecting.

At least one report estimates the cannabis industry’s footprint already accounts for more than 1% of US electricity consumption. That figure continues to rise as the industry blossoms, in part because cannabis is an energy-intensive crop. For a plant with a nickname that suggests it grows as easily as a dandelion, cannabis isn’t an easy plant to cultivate—at least not the high-quality stuff that consumers demand.

Between 40% and 80% of growers do so indoors, contributing to the industry’s huge energy footprint. Cannabis plants demand warm and low-humidity environments. Along with the grow lights that simulate the sun, they need carbon dioxide pumped in, oxygen pumped out, and lots of fresh air circulated, all of which requires energy. 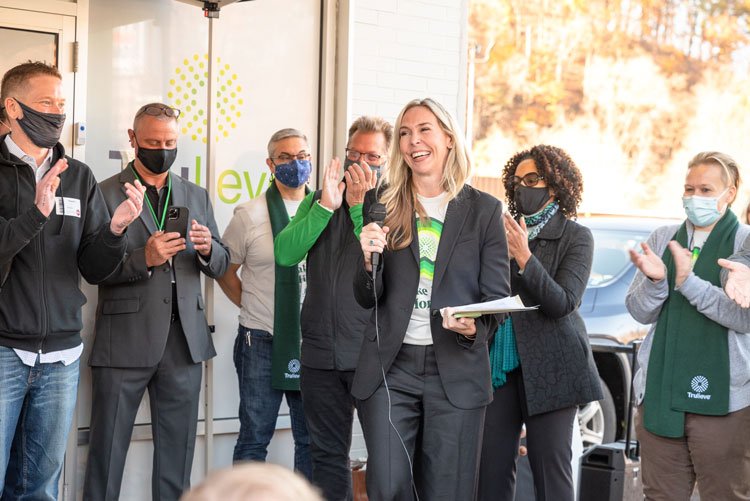 Tallahassee-headquartered Trulieve leads the industry’s sustainability efforts. With its recent acquisition of Arizona’s Harvest Health and Recreation, the company is now the nation’s largest cannabis retailer, with a footprint spanning 11 states and more than 160 retail locations. It also operates around 3.1 million square feet of grow and production space.

With that much impact, the company is positioned to influence how things are done in the cannabis space. As a cultivator, manufacturer, and processor of cannabis, Trulieve can move the needle on responsible growth and transparency.

Trulieve operates 2.4 million square feet of enclosed indoor facilities and greenhouse cultivation space across Florida, a state particularly vulnerable to the impacts of climate change. The environment is one of the company’s top considerations when it comes to business operations. The Florida greenhouses are a prime example of innovation at work—some of them require zero electricity to operate, containing zero fans or lights, with six-foot sidewalls that allow as much passive airflow as possible.

“While we believe our industry understands its environmental impact and the importance of sustainability in general,” Rivers says, “it is still vital that we are proactively setting goals and benchmarks within our own organizations as the industry matures. This is a relatively young but rapidly growing industry that does not yet have standard sustainability measures in place.”

Trulieve has several climate initiatives and is conducting a baseline carbon footprint analysis to establish an emissions target and long-term performance metrics. In addition to reducing use of electricity at its facilities, Trulieve recycles cardboard, metal, pallets, electronic waste, and batteries, and it diverts organic waste to compost. Drip irrigation and rain-and-runoff recapture systems reduce water usage. More energy-efficient automated systems monitor and control indoor cultivation. Trulieve is exploring solar-generated electricity as a back-up for its facilities.

The company’s greenhouses in Gadsden County were engineered to recapture 100% of all rainwater and irrigation runoff, allowing for the recycling of fertilizer—including the company’s proprietary fertilizer created in partnership with a local company. This not only promotes local economies, it decreases overall costs and reduces emissions that would otherwise be generated by trucking fertilizer from other locations. When deciding on which new markets to target and where to open new dispensaries,  Trulieve takes into account delivery route efficiency from processing facilities to ensure it’s reducing travel time and associated emissions. 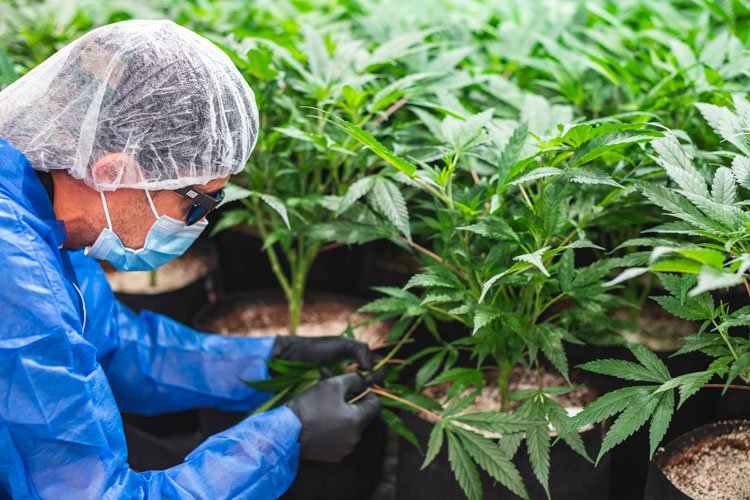 Trulieve is part of the Sustainable Cannabis Coalition (SCC), a group of industry leaders that seeks to improve sustainability in cultivation, manufacturing, and distribution Together with a cohort of 20 cannabis or cannabis-adjacent companies, Trulieve and the SCC support independent research and are pushing for the tools needed to make measuring and reporting on sustainability more efficient and impactful.

With support from the U.S. Department of Agriculture and the Environmental Protection Agency, the coalition seeks to establish green cannabis policies and standards across local, state, regional, and national levels. “The cannabis industry is facing significant challenges but they’re related to all those we face as a modern society,” says SCC co-founder Shawn Cooney. “And consumers are becoming more demanding in terms of their products’ value, safety standards, and sustainability.” 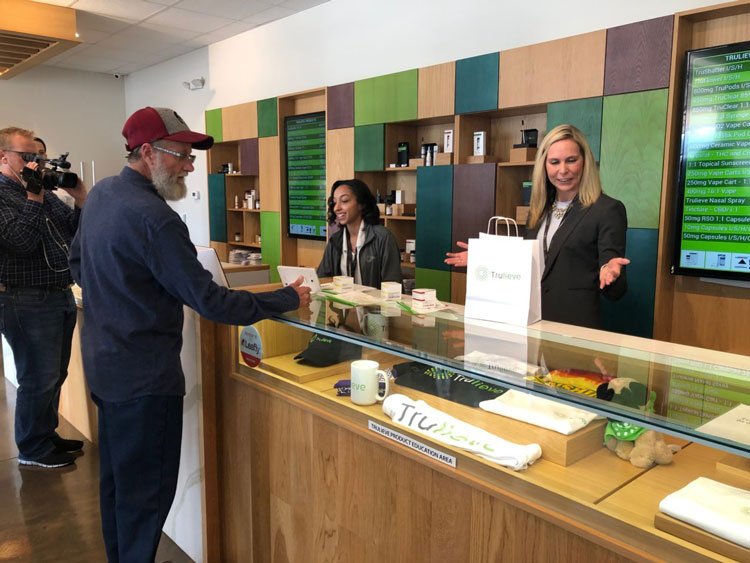 The SCC is collaborating with Trulieve and other industry leaders to develop standards. “It’s not only critical what a business is doing today, but they have to establish baselines and goals—from cultivation and product manufacturing, to packaging and on through the supply chain,” says Cooney. But first, it needs the tools to make this happen.

“We all have a great opportunity—and responsibility—to define the best practices that will codify sustainability as standard cannabis-industry practice,” says Rivers.  The SCC is working with software company Sustain.Life to develop a tool to help companies track their emissions. It’s also collaborating with Dartmouth’s Arthur L. Irving Institute for Energy and Society to perform a complete evaluation and system redesign for indoor grow facilities. The team is investigating every light type, plus how to integrate solar panels, reduce HVAC usage, introduce automation, and much more. The project explores a “radically efficient” cannabis cultivation facility that could produce energy savings of 40 to 80 percent.

Cooney, an urban farmer who’s been producing food using controlled environmental agriculture (CEA) for years, grows leafy greens year round in recycled shipping containers in East Boston at his Corner Stalk Farms. He says the cannabis industry is almost identical to CEA. Sustainability is on its radar, but, he says, “like most industries, it still has a long way to go.”

Everyone agrees: the first step is greater transparency and collaboration. “We know there’s still work to do,” says Rivers. “The cannabis industry is not slowing down. We anticipate more companies will be proactive and transparent in sharing their own standards and goals around sustainability, so we can collectively change the industry for the better.”

According to an Environmental Sustainability Study conducted by the National Cannabis Industry Association, the following areas are hotspots for better practices.

Energy. An estimated 63% of commercial cultivation is conducted indoors, with 20% in partial-indoor operations like greenhouses. The energy used for lighting, environmental controls, and hydration require up to 5,000 kilowatt-hours of electricity per kilogram of output.

Air Quality. Emissions of air pollutants occur at multiple points in cultivation, processing and transportation. Volatile organic compounds are also emitted from plants as they grow, as well as from solvents during extraction, contributing to ground-level ozone. Emission mitigation companies like Byers Scientific, which works with Trulieve, combine all air mitigation into one unit with a low energy draw. 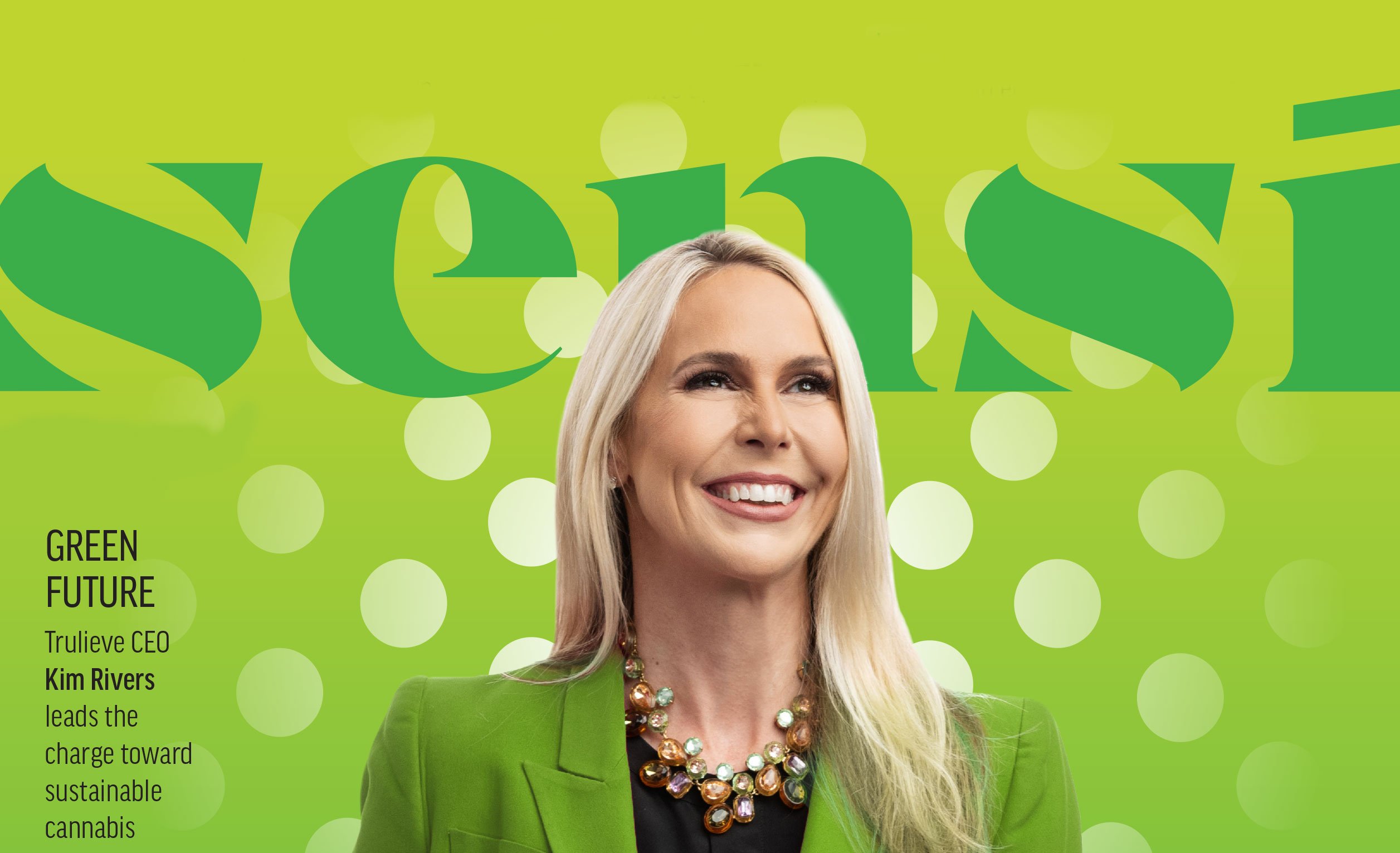