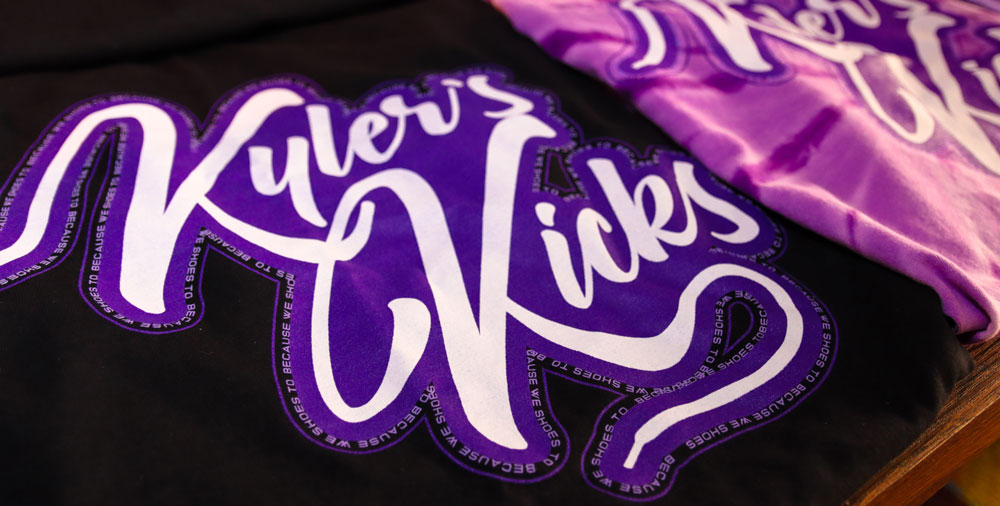 One family fights for clarity for minors with medical cannabis cards.

Kyler Nipper and his family’s medical marijuana journey began with a sharp pencil. When the family was living in Colorado, a classmate bullied Kyler about his shoes and then, later, in the hallway of their school. Without any provocation, he stabbed Kyler in the chest with a pencil.

Kyler was just 11 years old at the time and began suffering with symptoms of PTSD, including pain in his chest and feet, and anxiety. The pharmaceuticals prescribed by his doctor did not help. In fact, they had a devastating effect. Just 72 hours after Kyler began prescription medication, Kyler’s mother walked into his bedroom to discover a suicide attempt.

Because Sherise Nipper was taking medical cannabis for her own health, she and her husband Nick felt it would be beneficial to explore that route for Kyler. It took months for the Colorado court system to finally approve Kyler’s access to medical cannabis. “We took Kyler down to get his medical cannabis card that day. It has been night and day. Cannabis has been the key to Kyler’s healing,” she says.

However, once the family settled in Las Vegas, they found the state less clear about teen access than in Colorado. In Nevada, misunderstandings, miscommunications, and not knowing the law (as stated by the Cannabis Compliance Board) between the staff and management of dispensaries and minor medical cardholders and their parents/caregivers in Nevada frustrates consumers and shop owners alike.

“In Las Vegas, many dispensaries will not allow minor teens with medical cards to enter or get help—unlike in Colorado, where dispensaries are more accepting of minors,” says Sherise. What’s more, medical providers often don’t understand laws governing minors with medical cannabis cards.

The Nippers want to clarify medical use for teens through public education. Their nonprofit, Kyler’s Kicks, serves teens and families like theirs who are navigating medical cannabis access. The Nippers opened Kyler’s Kicks Lounge, the first 24/7 nonprofit center in Las Vegas providing a healing space for teens attending sixth to 12th grades, offering therapy services, education, and social clubs. Kyler’s Kicks first started as a means to give away cool shoes to everyone who needed them. Kyler is president of the Kyler’s Kicks Lounge teen board of directors.

More Support for Medical Use

Kyler’s Kicks partners with numerous agencies to help teens with medical cannabis. Most teens cannot afford to get a card or purchase medical cannabis without support. Kyler’s Kicks advises teens and their caregivers about the laws and benefits regarding medical marijuana in the state of Nevada.

For teens seeking solutions for mental health, the challenge starts the first time they visit a therapist, according to Sherise. Therapists are trained to prescribe pharmaceuticals, not medical cannabis. Pharmaceuticals are approved treatments by insurance and government programs. On the other hand, effective treatments like “yoga, massages, cannabis, and essential oils are not approved by insurance and Medicaid treatment plans,” says Sherise.

The Nipper family has appeased insurance companies with the prescription melatonin, a natural pharmaceutical, as part of their approved treatment plan. However, cannabis still is not covered, costing their family hundreds of dollars a week. Delivery costs due to COVID-19 have made it even more expensive.

Kyler and his family have received help from Cohen Medical Centers in Colorado and Nevada. “They have been a lifesaver for Kyler and the teens at Kyler’s Kicks,” says Sherise. “It is courageous for a doctor that has worked in the pharmaceutical world for so long to change his opinion about cannabis. This plant has offered true healing for our teens.”

“We see big changes in teens from the first year to the second year when they can communicate and are healing. I can see what these families go through. It is not that they want to get their kids high but get them the help they deserve.”

Robert Cohen says that cannabis for teens is slowly becoming more accepted as the benefits become clear. “We see big changes in teens from the first year to the second year when they can communicate and are healing,” he says. “I can see what these families go through. It is not that they want to get their kids high but get them the help they deserve.” The family believes Kyler’s medical cannabis card and lawful use of medical marijuana is a privilege—an attitude that Kyler imparts to everyone as part of his mission.

Parents who learn about Kyler and his medical cannabis advocacy sometimes don’t want their teens to associate with Kyler. Others are very accepting. Brodee, for example, who is part of the squad of Kyler, Sam, and Adrian, loves hanging out with her friends and became one of Kyler’s first friends in Nevada. Brodee’s father has a medical cannabis card due to lupus. Brodee does not take cannabis but her mother, Alexis, has encouraged the friendship and even helps with Kyler’s Kicks.

“I don’t notice anything different about Kyler, except that I can see cannabis helps him a lot,” says Brodee. “He is really happy. I have seen him without cannabis, and it is not good for him. I am an advocate for people to feel the best they can, and I know it helps my friends and dad.”

Sam, age 18, who is in the Nipper families’ care, uses medical cannabis for PTSD, anxiety, depression, and insomnia. “The pharmaceuticals I was prescribed made my muscle ticks and problems worse,” he says. “I also felt like a zombie. Now I feel great and normal using cannabis. I no longer feel suicidal. I am looking forward to life.”

Adrian, age 18, was first prescribed Zoloft and other medications for PTSD, anxiety, depression, and gender dysphoria. “I was feeling too low when I took them,” she says. “Now, I am on cannabis, and I feel great. I am studying for an internship to learn how to train security dogs.”

“With COVID-19, I have had the time to work on myself. We are here to stay in Nevada to continue to fight. I love this city.”

“So far, it has been a wild ride here in Nevada, but it has also been very cool, and I have helped a lot of people. With COVID-19, I have had the time to work on myself. We are here to stay in Nevada to continue the fight. I love this city,” says Kyler.

“Every one of our youth here in Nevada deserves the exact same rights as in Colorado. We are staying to fight for them because they are family,” says Sharise. “We were called here, and with our many blessings, we have become a voice for these teens.”