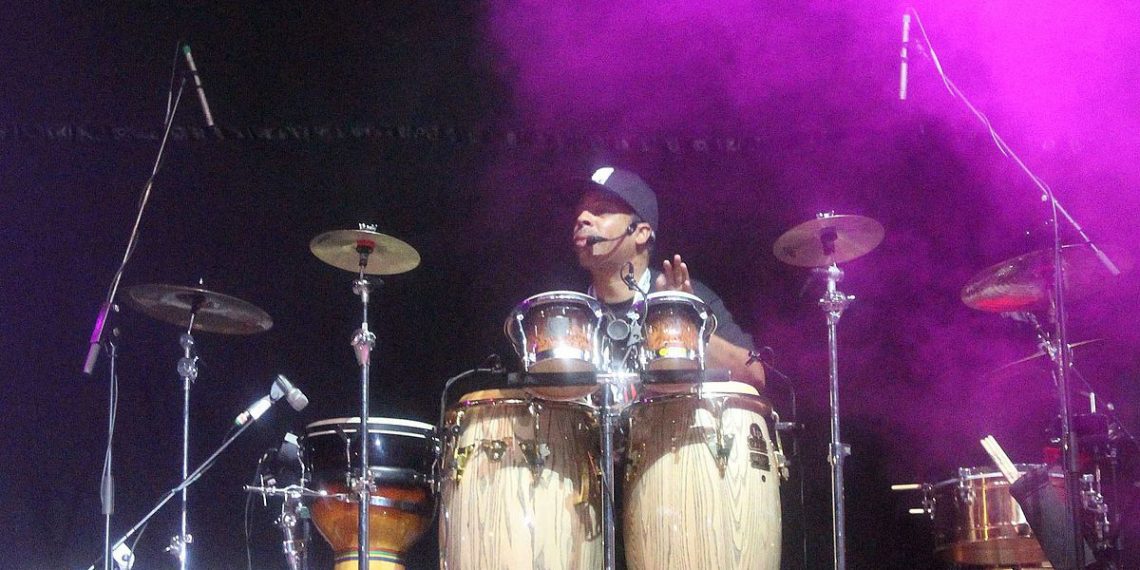 Eric “Bobo” Correa has long combined passion and activism as a percussionist for the hip hop group Cypress Hill (he also played with the Beastie Boys and Ritmo Machine). He has advocated for legalized medicinal and recreational cannabis in the US for decades. The first Latin-American hip-hop group to have sold over 20 million albums worldwide, Cypress Hill is considered an originator of West Coast and 1990s hip hop.

Correa’s father, Latin jazz percussionist Willie Bobo, influenced and inspired him. He says, “I was banging on things before I could talk. My parents realized I had an early fixation on music.” At the age of five, Correa got to play with his father.

Cypress Hill released its first album in 1991, before Correa joined. “It was one of the first in the hip hop world to talk about smoking cannabis publicly,” says Correa. When the group’s second album, Black Sunday, was released in 1993, band members were being educated by Norml and Jack Herrer about advocacy, medicinal uses, and presenting a new message. On the back of that album. There was printed facts about cannabis and hemp benefits. As he put it, “We wanted to be knowledgeable and back up what we said.”

In 2019, Cypress Hill became the first Latin-American hip hop artists to have a star on the Hollywood Walk of Fame. “To be honored and acknowledged with an elite club of entertainers is an incredible feeling,” says Correa. He makes sure the star remains clean on the sidewalk.

Today, Correa is working on music with Cypress Hill and a solo release, Empire, as well as on a soundtrack for a miniseries for Netflix in Argentina. “I am creating, resetting, and looking forward to going back on the road.”