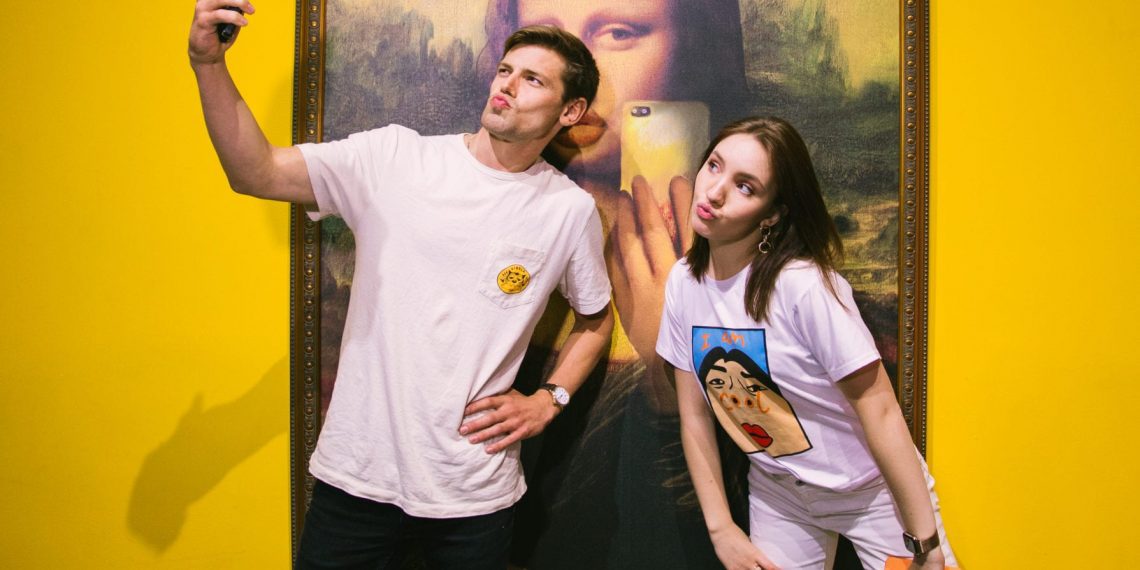 Retro Resurgence, Art on Display, and a New Take on Wellness

bySensi MediaandEli Dupin
in The Buzz
Reading Time: 7 mins read
A A
Share on FacebookShare on Twitter

The Museum of Selfies is a must-snap interactive adventure.

Snap to your Insta heart?s content. This is the one place you?re absolutely encouraged (heck, they almost demand it) to pose, take your best selfies, and post stories, Boomerangs, and IGTV on social. Exhibitions are interactive and include anything from Game of Thrones and grabbing your own Oscar to a gold bath and the Upside Down. It?s where to go when you?re tired of the same ol? same ol? and just want to let the eff go.

With the nostalgia of the ?90s revival including the comeback of scrunchies, old school hip-hop parties, cartoon reboots, grunge fashion, army pants, vinyl records, and the Friends craze ever present, why not celebrate like it?s Y2K?

The ?90s were the era when grunge was born; punk rock got a resurgence; indie music fests took off; personal style was nonconformist; music was insanely good, angsty, dance-worthy, and impactful (Nirvana, Beastie Boys, Tupac, N.W.A., Pearl Jam, Screaming Trees, Alanis Morissette, Fiona Apple, and so many more); and the teens and twentysomethings finally felt like their voices were being heard.

This & That is artist John Millei?s first solo exhibition in 10 years.

Southern California native John Millei is a self-taught artist and former professor at ArtCenter College of Design whose work has appeared throughout galleries in Los Angeles. His recent work, inspired by his daughter and son, depicts a series of framed edges and comical shapes emphasized by gestalt images and beautifully understated color palettes.

?A series of four paintings of his daughter show sweeps of hair, blue-green ovals for eyes, and a flopping bow on top of the subject?s head. In a painting of his son, the formal problems of painting are more prominent. A dark background is framed on all sides by brushstrokes at the edges, two simple circles near the middle of the picture become eyes, and a slightly curved mark at the base becomes a smile,? reads the descriptions of pieces in Millei?s exhibition, titled This & That, on the Lowell Ryan Projects website. ?Wielding cartoon-like reduction and using sumptuous application of oil and Flashe paint, the paintings play with our mind?s evolutionary imperative to find patterns and meaning, such as perceiving faces and expressions in a collection of shapes and lines.?

A (Michelin) Star is Born

The beautiful power of the menu and mindful infrastructure has finally arrived in Toluca Lake, and it?s a true dark horse taking the culinary landscape by storm. Manned by Shoemaker, the menu dances off the pages and onto one?s tongue with a poetic prowess you?ll crave long after you?ve eaten the gorgeous dishes he?s prepared. With an impressive wine selection, swanky cocktails, and the appeal of a restaurant you?d expect to stumble upon in the heart of New York City, Verse is the swanky dining experience LA has been hungry for.

4. Right On
On February 29, some places celebrate Bachelor?s Day or Sadie Hawkins Day?both a nod to the old Irish tradition that gave women the right to propose marriage to a man on leap day. If he declined, he was required by law to pay a penalty, often in the form of gloves so she could hide the shame of her bare ring finger.

5. Modern Love
Since we?re not all Irish, but we are all feminists (because we all believe in the equality of the sexes, of course), any of us can propose to whomever our heart desires whenever we want. Except Valentine?s Day. There?s no law prohibiting it but, sweetie, pay-as-you-go forced romance is anything but romantic.

6. PETA Violation
The origins of the canned-love holiday are as cruel as a red rose delivery in February is clich?d. According to NPR, V-day traces back to the ancient Roman festival of Lupercalia, a brutal fete during which naked men sacrificed dogs and goats?and whipped women with the animal hides. Stop, in the name of love.

If you?ve watched TV in the last couple of decades, it is likely you have seen the name Chuck Lorre in the opening credits. Creator of highly successful television shows, including The Big Bang Theory (the longest running multi-camera comedy in television history), Two and a Half Men, Mom, and Disjointed, as well as the recently acclaimed The Kominsky Method, Lorre has had an impressive career. The Art Directors Guild agrees wholeheartedly, and on February 1, Lorre will be presented with the 2020 ADG Award for Cinematic Imagery.

?Chuck Lorre is one of television?s most prolific and successful writers/directors/producers,? says ADG President Nelson Coates. ?[His] storytelling prowess as a showrunner is amplified by the significance he places on production design in the creation of the worlds his fascinating characters navigate.?

The ADG?s Cinematic Imagery Award is given to those whose body of work in the film and television industry has richly enhanced the visual aspects of the viewer?s experience. In addition to being one of the few showrunners keeping the multi-camera sitcom alive, Lorre also established The Chuck Lorre Family Foundation in 2015, focusing on supporting innovative and compassionate organizations in the areas of education, health, and the arts.

The ADG was established in 1937 and represents 2,700 members who work in film, television, and theater as production designers, art directors, set designers, model makers, illustrators, and matte artists. To learn more, visit adg.org.