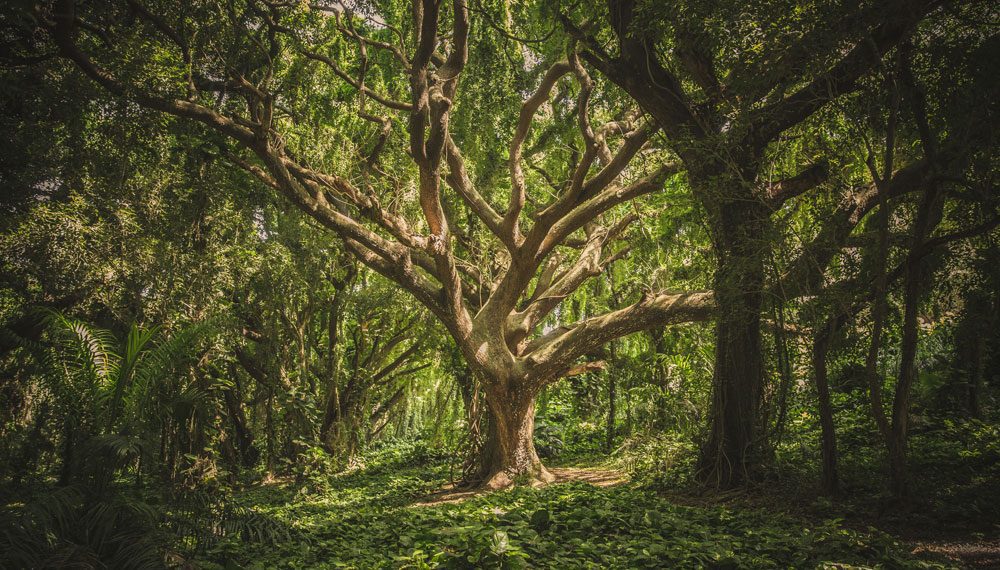 In these days of social distance and world-wide anxiety, one of the best things we can do for ourselves is connect to the trees.

In Japan the term shinrin-yoku refers to the act of getting out and simply walking in the woods and breathing in—both metaphorically and actually—the healing aromas of the trees. The term roughly translates as “forest bathing,” or, more romantically, as taking in the essence of the forest, walking quietly, aware. Shinrin-yoku is not just some poetic Japanese ideal either (indeed, it was coined as a Japanese Forest Agency marketing term in the early 1980s)—it’s based on the healing properties of protective odors, called phytoncides, exuded  by the trees. It’s taken so seriously that the Japanese consider forest bathing an important way to combat the stress of our insidiously busy work world—in fact, a piece in Mother Earth News reported that Japanese researchers have proven that walks in the woods can actually lower cortisol, thus stress levels.

I certainly don’t do enough forest bathing anymore. It seems odd that I live right down the street from a trail that wanders into stands of ponderosa pine and sandstone covered in lichen, a place where bears and mountain lions and songbirds make their homes. But I’m not up there forest bathing, soaking it in. When I do head into those woods, it’s to go for a trail run or walk the dog while checking work emails on my phone. It’s to power through, even if I do find a few mindful moments. 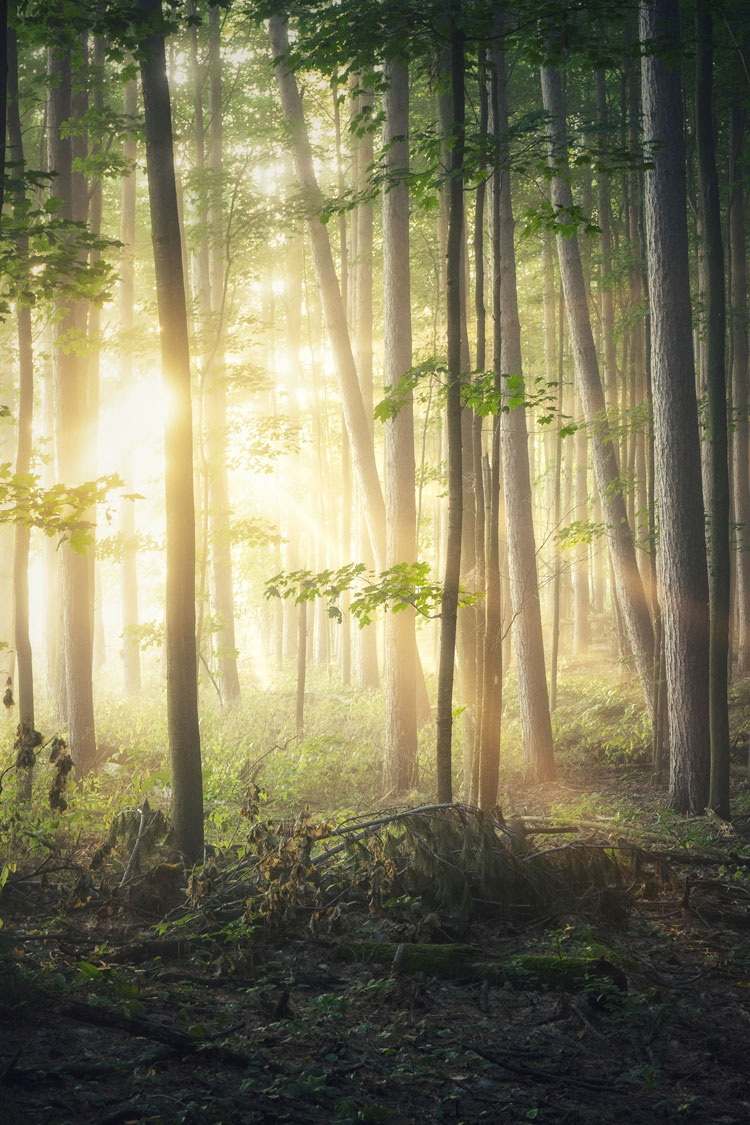 That was not always the case. When I was still in my 20s, I spent six seasons in Montana’s Beaverhead-Deerlodge National Forest, building trails and fighting fires. It was, quite simply, the best job I have ever had in my life. Each day, we hiked, hauled big tools, worked the earth, went back to camp, cooked good food, drank clear water, read, slept under the stars… and often engaged in forest bathing.

After swinging a pulaski all day long, I would be pretty sated physically. I didn’t feel like I needed to go for a trail run or mountain bike ride or get in a damn workout. I would bathe in the forest, taking slow, silent walks into the secret places off the trail around our camp.

Things happened. Subtle things. Sometimes powerful things. Walking solo at twilight on the long, bare backbone of Shedhorn Ridge above stands of Douglas fir, I watched three hawks ride thermals up from the open air to circle above my head. On the way down, in the near dark, I heard elk running through the trees. Another time in the Gravelley Range, I watched as two coyotes harassed a doe in thick sagebrush. Walking later in almost the same spot, I suddenly came upon her fawn—small, pure, curled up in the high grass and shaking with fear. Other times I would just take in the, I don’t know, sense? Energy? Vibe? of these untouched parts of the Madison Range.

On days off, I would get out and hit it hard—fish, climb, bike, hike to spring ski couloirs. Even in the midst of these quiet walks, I would sometimes push it—climb some small unnamed peak, break into a run—but it all stemmed from a desire to start walking and see where the forest took me. That mindset is what seems all too easy to lose when the woods are just our playground. 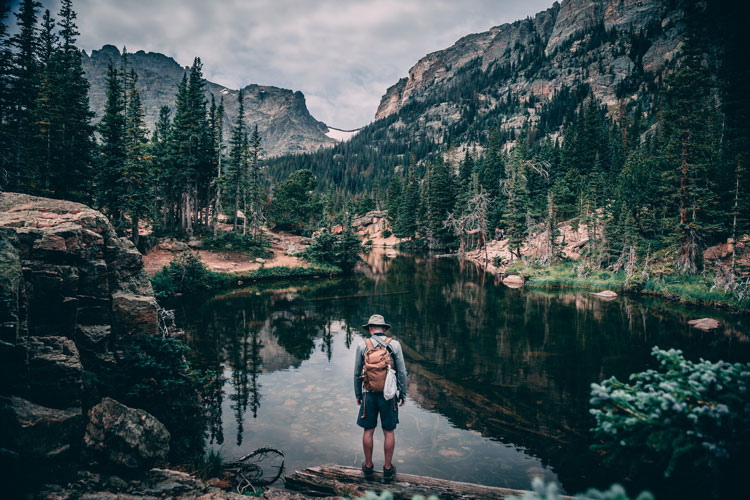 The Swiss writer Herman Hesse said: “When we are stricken and cannot bear our lives any longer, then a tree has something to say to us: Be still! Be still! Look at me! Life is not easy, life is not difficult. Those are childish thoughts. Let God speak within you, and your thoughts will grow silent.”

I’m older now. And I feel that deep sadness—even more so with the pandemic continuing to rage, megafires consuming my town, and our sense of civil society upended. I worry that I have not lived exactly the way I wanted to live, that I am facing down nothingness. Sometimes fishing helps take it away—the rhythm and mindfulness of casting, watching the fly on the water, the drift. But sometimes, even that seems like another moment when I’m missing something important. It’s at these times when I lift up my rod and take a step back from the steam. I indulge in a little shinrin-yoku. I listen to how the breeze makes the slightest song in the aspen leaves. I get the hint of heat bringing off a scent of root beer from the ponderosas. I take a moment to contemplate the branches far above and the way the light plays in them. I appreciate trees that have grown roots in rock or still stand even when they have been undercut by the stream.

Then I’ll get back up. I check my fly and line. I head back down to the stream and cast and sometimes catch and feel the joy of being once more. A little bathing in the forest is all we need to get back on track.