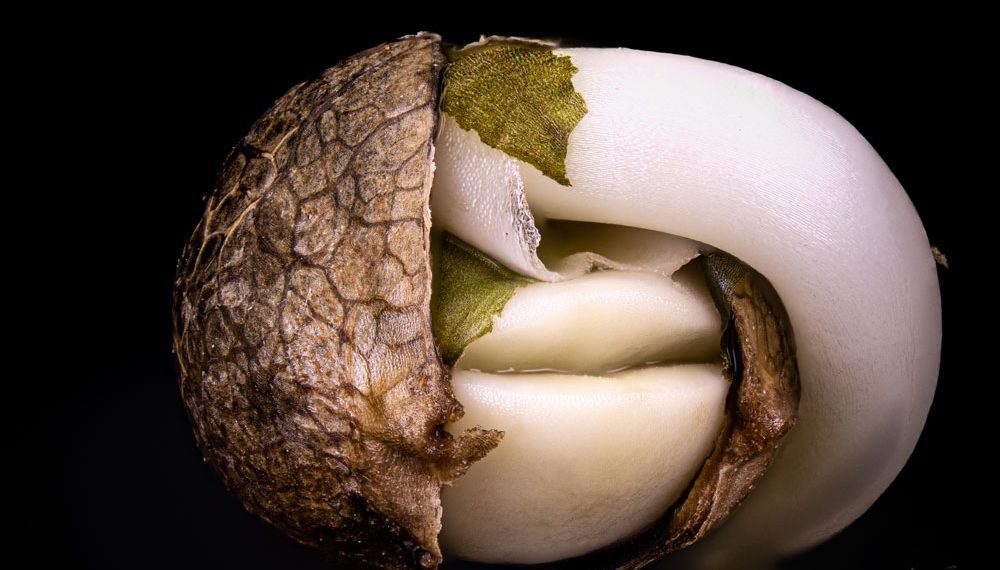 Bud & Mary's is Breaking Away

Carter Creek on saying the Lord's name and bringing it all into the light.


Many folks in the modern world automatically bristle at the mention of God, Jesus, or really any higher power. Whether it’s an issue with how some churches hold space for marginalized folks, or just trauma around getting dragged to church every Sunday, it is a sore spot for many.

Slim, beloved founder of seed, clone, and flower farm Carter Creek in Oklahoma, aims to change that. Through using his platform to gently preach to the stoned masses, not about how you’re going to hell or need to do better, but about how you are loved—he aims to bring God into the grow room in the most positive way possible.

And we don’t just jump right in and start with God. We ease our way in. After all, Slim is still a businessman, and there are some very exciting new things happening with Carter Creek. In addition to buying clones from the farm, you can also buy seeds for your grow. And, just like on Noah’s Ark, Slim knows that diversity is key when it comes to a good grow. 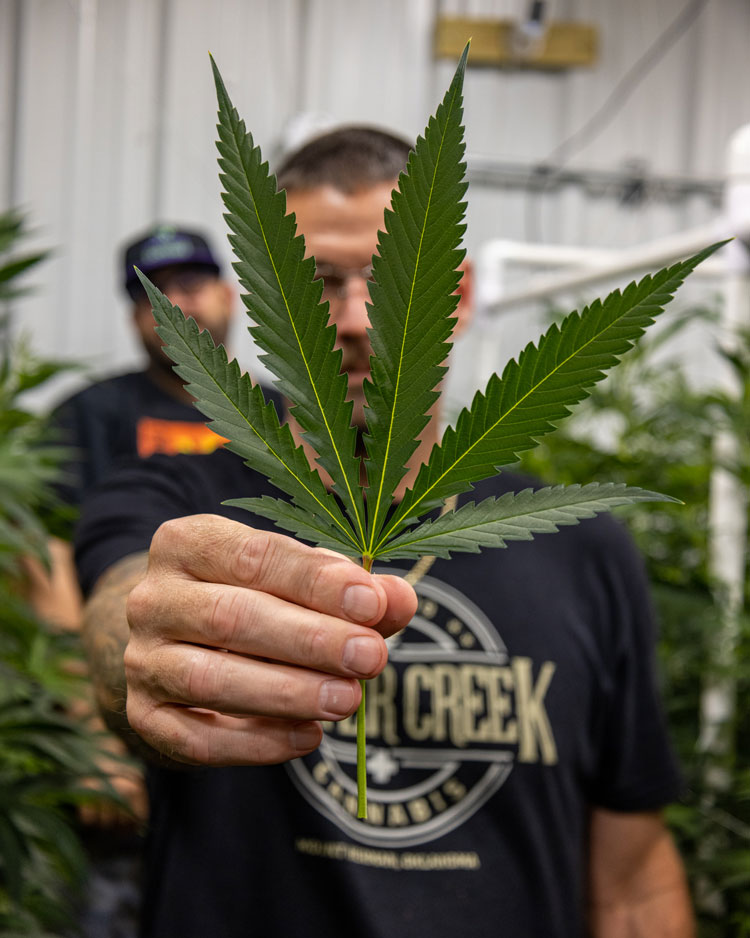 “One of the biggest things we have going on right now is our seed bank, and I’m working with three different breeders on it right now,” Slim says proudly. “I’ve been in this game about three and a half years now, and genetics are a weakness for a lot of farms. That’s why it’s so important for me to be hooked up with the quality that I need. These days, you can’t just have OG Kush. Everyone has OG Kush. You need new flavor, new tastes. Every week, there’s something different.”

And Slim isn’t just providing cannabis to local medical patients who come to the farm’s shop to get their medicine, though that is important. So important, in fact, that Slim often gives patients cannabis at wholesale price to make sure they have access to their medication. But to be able to afford to do that, and to keep his farm diverse and thriving, he needs to be competitive when it comes to the clones and seeds he sells, and that’s where the new seed bank strategy comes in.

“One thing I like about the folk I’m working with is that they also collab with a multitude of other breeders,” Slim adds, highlighting the importance of diversity in the modern cannabis game, as well as the importance of reaching out and working with other major players in the local and national industry. “They come up with some of the most exotic and boutique stuff. And everything we have that comes from our team compound comes sealed, with a label verifying the authenticity of the breeder, the certificate of origin, all that good stuff.” 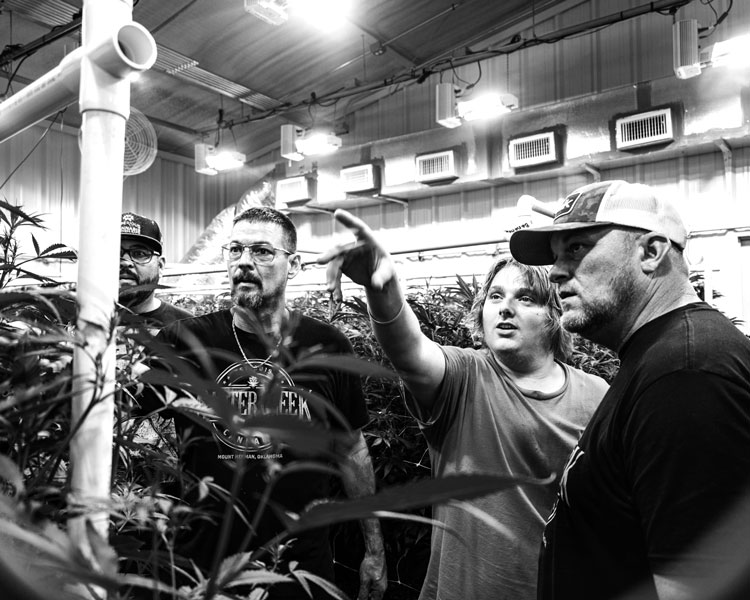 And as he is furthering his goal of getting high-quality cannabis seeds and clones into the hands of growers and breeders, and high-quality cannabis into the hands of medical patients, he is also focusing on the other thing that is most important to him besides cannabis: spreading the word of God. He does so on social media through various messaging mediums, including #growerstipoftheday on Instagram, which is usually something that can improve one’s grow and the garden they cultivate in their mind and heart. Slim claims that God spoke to him and told him to do this in order to speak to those the church has left behind.

“It’s not just the cannabis community; it’s all kinds of communities; the homosexual community has been shunned by the churches. There’s all kinds of God’s children in this world that have been condemned by religious people. We’ve been made to feel bad and told, ‘You can’t go to church here.’ But God said come as you are, not as you hope to be.”

Slim believes that cannabis, and God, are for everyone, not just for those who can afford the best buds and live a conservative life free of “sin.” He wants everyone to have access to his seeds and his crops, his medicine, as well as his teachings, because he knows what it’s like to be in a dark place.

“I’ve been through ups and downs,” he continues. “But I love cannabis, and in Genesis, God said he gave us all the plants; he didn’t say some plants. I should be a statistic of opioid addiction, but now, I use cannabis instead. I’ve been in that addiction spiral, and now, I don’t take any opioids. So there are a lot of people who have been kind of pushed back by the church, and I’m not trying to scare them by screaming Jesus loves them; I just want to cast a few things here and there to let them know they are loved, and they can go to whatever church they want, or just talk about God. They don’t have to go to some big building and dress up; they can just talk and listen. Any time you are talking about the word of God, that’s church.”

“I’ve been through ups and downs, but I love cannabis, and in Genesis, God said he gave us all the plants; he didn’t say some plants. I should be a statistic of opioid addiction, but now, I use cannabis instead.”

When it comes to being called to share his faith, Slim admits that there is also a little more to it, a desire to be open that stems from living so long in the darkness. As someone who has struggled with mental health and addiction, Slim knows that sometimes, even folks who are not religious just need to hear some positive messaging. And recently, he realized he was still keeping secrets and engaging in addict behavior by hiding his cigarette smoking habit from his wife. When he was found out, he further reflected on what he could do to step into the light and out of the shadows. 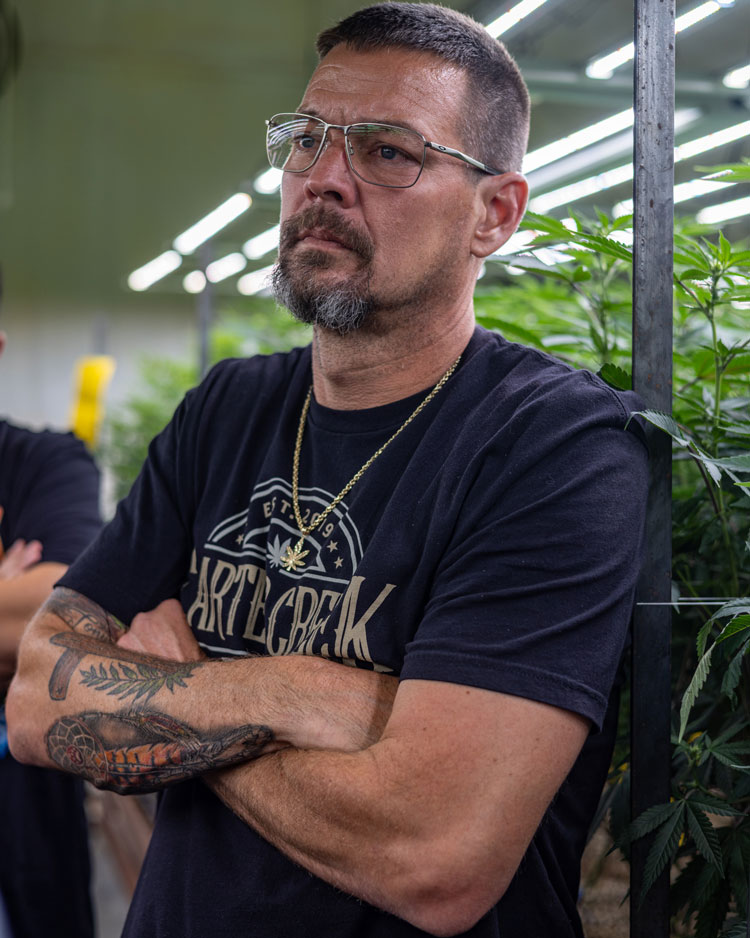 “God told me that one of my gifts is speaking, and He told me straight up, I’m in a group and community where nobody gets to hear His name. And one of the ways I could do that, I realized, and tie it in with the work I do, was #growerstipoftheday. So I started that morning that God spoke to me back in July. I can’t speak to what it’s done for anybody else, but I can say what it’s done for me. It makes me stay conscious of what I’m doing, so that I don’t tell people the wrong thing or act wrong. And it makes me stay in bounds because I’m trying to love God and speak about Him.”

At the end of the day, for Slim, all the grower outreach, seed distribution, and spreading of the Good Word come back to one thing: the energy and love that you put in, both as a grower and as a human in this world.

“I tell everybody, all of my growers that I interview, the most important thing about growing cannabis is the energy you bring to the plant,” Slim concludes. “If you’re going to bring ugly or bad energy, there’s no sense in being a grower. Your energy will come directly to your plants, so it’s important to bring love to your plants. If you work in cannabis, you shouldn’t just come for the paycheck. You should come because you love the plant and the benefit of what it can do for somebody else. A lot of people are looking for self-medication in this world, and a lot of that comes from mental illness, disability, all kinds of things. The very best thing is, cannabis can be used as that medicine, and for a lot of people, it really can make a difference.”

Bud & Mary’s is Breaking Away 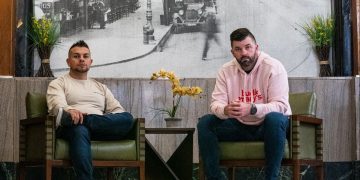 Bud & Mary’s is Breaking Away