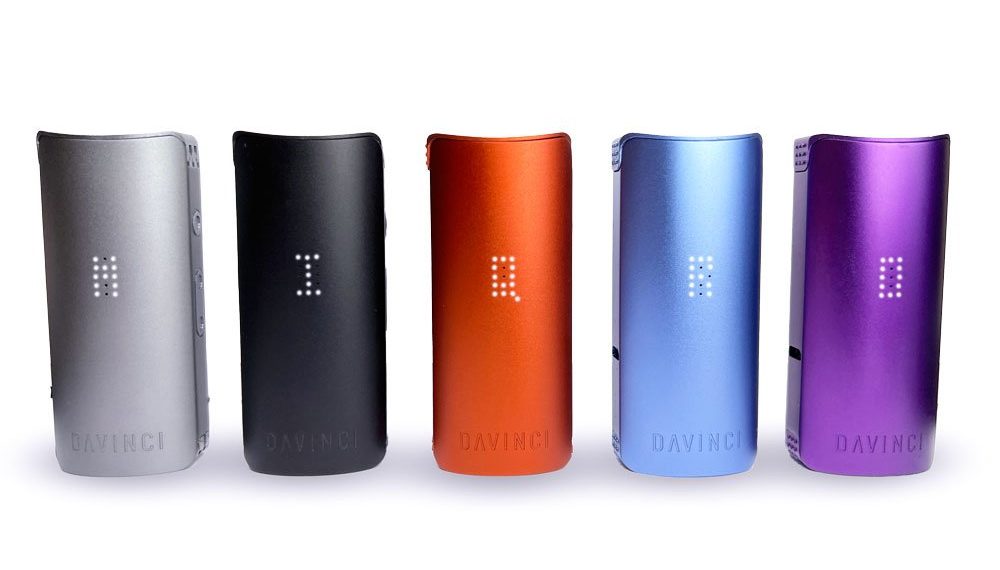 The cannabis industry is toppling every capitalist metric for success—even without banking and tax deductions—but the shades need to come off if it’s going to deal with tough issues like consumer safety, social justice, and an abhorrent carbon footprint.

Ten years ago, DaVinci CEO Cort Smith saw cannabis legalization on the horizon and envisioned a nation of home growers, obsessing over genetics and nutrients. He went to his first High Times Cannabis Cup expecting to see farmers in flannel shirts showing off salad bowls overflowing with their finest flowers. Instead, he found extraction artists loading rigs with oils and waxes—21st-century weed—and he realized the market was never going to be about growing.

Personally, Smith still prefers flower to concentrates, but he ingests his herb using one of DaVinci’s precision-temperature vaporizers made from zirconia and medical-grade parts, an apparatus so aspirational Gizmodo says it could be made by Apple. DaVinci, with roughly $12 million in sales, was acquired by global cannabis accessories platform Greenlane Holdings for $20 million late last year.

In so many ways, Smith’s story is that of the cannabis industry. With millions in capital flooding in, multi-billion-dollar companies being built from mergers and acquisitions, and global sales predicted to reach $46 billion by 2025, the industry has come a long way since voters in Colorado and Washington legalized adult use in 2012. It’s beating every metric of capitalist success, even without access to basic banking services or the ability to deduct business expenses (and not a lot of hope either will happen any time soon).

In late October, 20,000 or so industry insiders returned to Las Vegas for the annual MJBizCon convention (after taking 2020 off because of COVID-19) to talk about where the industry stands and where it’s headed. Top of mind were the brand-new New York market, predicted to be worth $1 billion, and speculation about when unregulated Oklahoma might crash and burn. Mike Tyson and Lil’ Kim paraded through, with entourages, to announce the latest in a string of celebrity cannabis brands. One of the week’s most coveted invitations was a golf tournament at a prestigious course in Boulder City, where C-suite executives made deals while drinking craft beer and smoking rare cigars.

Vince Ning, founder of California-based wholesale-cannabis platform Nabis, was struck by the tremendous difference in professionalism he saw at this year’s conference. “There’s a lot more sustainability in the industry—maybe not necessarily from an environmental perspective, but businesses are more sustainable,” he said during the show’s last hour. “In 2018, it felt kind of like the cryptocurrency space, like there was funny money floating around. But we’ve seen a lot of those players who had unscalable market tactics fall by the wayside. COVID-19 created a pressure cooker, and what’s sifted to the top, I think, is really healthy.”

MJBiz was a showcase of products and services that reflect morphing consumer demands and increasingly sophisticated ways of manipulating the plant, unbundling and spotlighting its various parts, and more beneficially or powerfully delivering its effects.

Minor cannabinoids such as CBC, CBG, THCV, and CBN, which are being marketed as sleep aids and energy boosters, were all the rage. Ning—whose company distributes more than 125 brands in California, giving him a good view of the overall market—said every one of the still-obscure cannabinoids could be a billion-dollar category in itself, but only if genetics were developed to support them.

Cheeba Chews, the Colorado company that put edibles on the map with its 175mg deca-dose taffies in the 2010s, was at the show to introduce a wellness line containing microdoses of THC along with CBN, CBD, CBG, and THCV—products Chief Marketing Officer Eric Leslie considers a breakthrough for consumers who want more than just psychoactive effects. “I’ve been here from the beginning. I have a decade of experience,” he said. “That gut instinct we had about edibles being a rocket ship at the beginning–we’re right back there again. We have an opportunity to redefine the standards of our industry so that it’s not THC only and introduce a wider demographic of people to cannabis.”

Edibles themselves were a hot topic at the show, as sales are driven to new heights by a pandemic forcing the need for more discretion and non-combustible consumption options. “The sales trend is absolutely clear in any market you’re in, without exception: edibles, edibles, edibles,” said Alex Levine, CEO of Green Dragon, which owns dispensaries in Colorado, California, and Florida. “Every year they become more popular. Absolutely, every year, we see more people shifting to edibles.”

During a quick chat outside Azuca’s booth showcasing a cannabinoid-encapsulation process that makes edibles’ effects more rapid and predictable, CEO Kim Rael said she believes edibles will grow faster than the overall industry in the next few years because “new adapters will not want to smoke or vape.” She believes fast-acting technology will transform edibles much like broadband transformed the internet. “Why would anybody suffer through slow, unpredictable dial-up once that quality was available?” she asked. 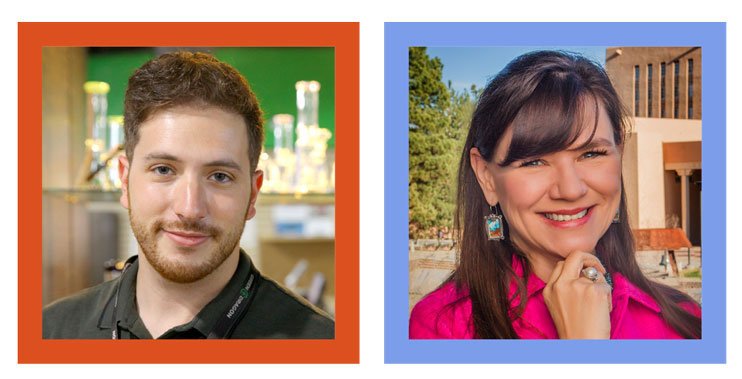 Trade shows are, more than anything, branding opportunities. MJBiz was no exception. The executive team from premium Colorado grower Veritas was showing off new color-classified packaging matching moods with terpene profiles and offering QR codes to terpene-testing results—all part of the company’s strategy to become known for consistency and quality while educating consumers. Father-and-son team Rich and Rick Batenburg of Cliintel Capital Management Group (CCMG) were there to position their vape brand, The Clear, as the Coca-Cola of cannabis.

Though CCMG’s holdings include two grows in Denver (along with companies involved in everything from cultivation to manufacturing), Chief Investment Officer Rich Batenburg doesn’t see cultivation as the future. “That will get commoditized, 100 percent, as will the distribution channels of dispensaries,” he said. “The power is going to shift to brands. And the more mature the market, the more powerful those brands will become. It will become a lot more like alcohol. You don’t pick a liquor store because you love the store. You pick it because you love the brands they have.”

Perhaps, said Ning, but he hasn’t seen brand loyalty emerge as a big factor yet. While consumers are developing some affinity for branded manufactured products and edibles, they care more about strains than branding when buying flower—which still dominates the market. “If people are looking up flower, they look up strains. If they’re looking up vapes, they look at brands,” he said.

Amid the positioning and projecting, there were also dispiriting signs the industry is picking up some of mainstream corporate culture’s worst habits. Leadership is becoming less diverse, and leading companies are leaving crucial issues like consumer safety, social justice, and carbon emissions for nonprofits to handle.

Regulatory efforts to support ownership among the communities most harmed by the drug war haven’t made any difference and sometimes do more harm than good. Less than 2 percent of cannabis business owners are Black, compared with 13 percent of the U.S. population, according to Leafly’s 2021 Jobs Report. Minority executives made up 28 percent of all cannabis leaders in 2019 and dropped to 13 percent (about the national average) in 2021, while women accounted for 37 percent of leaders in 2019 but only 22 percent (below the national average of 30 percent) in 2021.

“Women and minorities are not counted in this industry, not financed in this industry, and are not moving forward in this industry,” Simply Pure CEO Wanda James, the nation’s first Black woman to own a dispensary, said during the most-talked-about session at MJBiz. James said seasoned Black entrepreneurs with licenses to operate cannabis businesses struggle to get funding. “Our businesses are not validated in the same way as a 25-year-old white guy in California that has no business experience or licenses,” she said.

This failure to live up to inclusionary ideals is, at least, a conversation. How growing weed is cooking the planet is not, despite study after study showing indoor cultivation taking up a bigger and bigger piece of the carbon-emissions pie. Growing an ounce of indoor emits about the same amount of carbon as burning a tank of gas, one of those studies by Colorado State engineers found. “This industry is developing and expanding very quickly without consideration for the environment,” the study’s senior author told Gizmodo.

As for consumer safety, nonprofits like Realm of Caring are crunching reams of data that’s never been available before to prove the plant’s efficacy, develop guidelines and protocols for use, and encourage insurance companies to compensate medical marijuana patients. Development Officer Adam Young said Realm of Caring has created a seal of approval that entails visits to farms and extraction and shipping facilities as well as product testing. So far, only five companies have been certified.

These are challenges, to be sure. But as Smith was quick to point out during a chat in the MJBizCon press room (about a month before his company’s acquisition was announced), mainstreaming has plenty of upside, too.

“Ten years ago, we were crazy stoners, trying to carve a life out of the back alleys of semi-legality. Now there’s a lot more awareness, and I think that’s great,” he said. “I’m a fan. I believe cannabis provokes good conversation, friendships, and solution language to problems. The more popular this tool gets, the more problems get solved.”

Perhaps the biggest buzz at MJBiz, as it has been at every cannabis event from coast to coast over the past year, was not about the cannabis plant at all. It was about the meteoric rise of psychedelics, or what many are calling the “next cannabis.”

Allay Consulting CEO Kim Stuck, who helped write Colorado’s adult-use regulations in 2014, is among the flood of pioneers moving over to psychedelics. Now living in Portland, Oregon, she’s on a work group helping the state write the rules for Oregon’s newly legalized therapeutic psychedelic market, and she believes the future is psilocybin. “It’s going to be a market,” she said during MJBiz. “It’s not yet, but licenses will start being given out in December 2023.”

Crafting Colorado’s cannabis rules was a thankless task that Stuck said involved “lots of tears and lots of yelling,” but she’s hopeful this time will be different. At the very least, she said, “I hope we don’t take as many bricks in the head.” 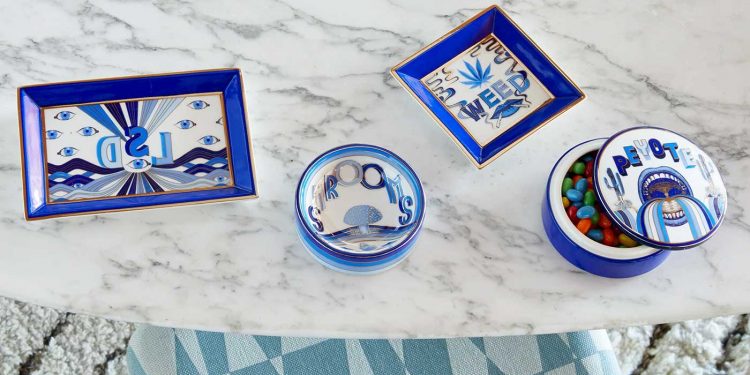 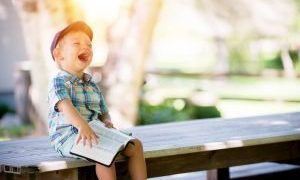 Teaching Diversity to Children Through the Power of Books