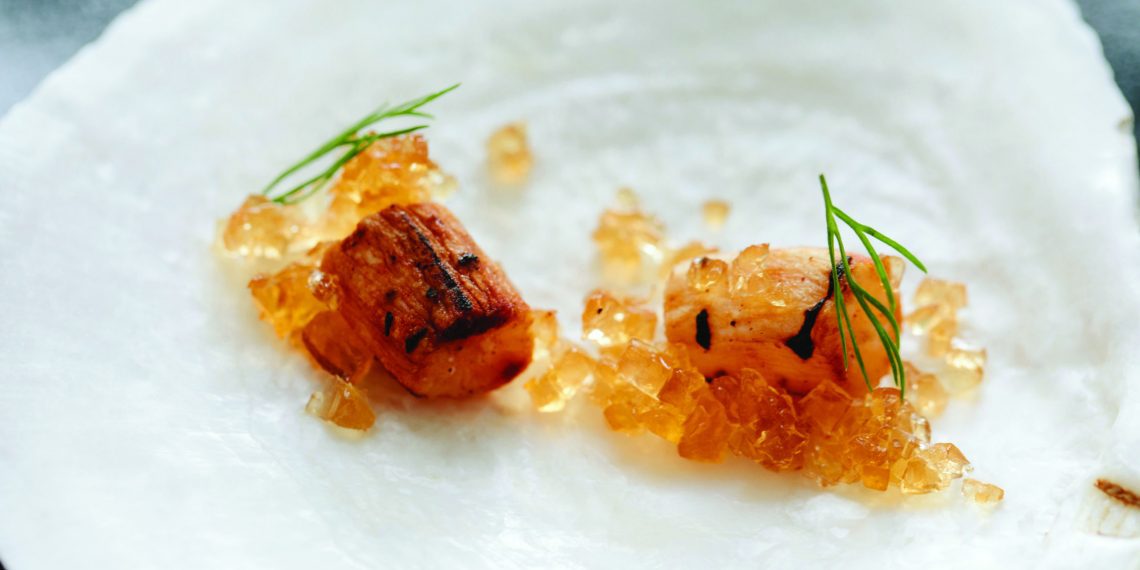 The open-minded restaurant that doesn?t sacrifice beauty for affordability

bySensi MediaandJude Bradley
in The Life
Reading Time: 4 mins read
A A
Share on FacebookShare on Twitter

Juliet, the brainchild of chef Joshua Lewin and professional creative Katrina Jazayeri, has been welcoming guests since February 2016, but the restaurant?s concept is constantly innovating. Lewin said the partners have never had a plan. ?We just let it happen,? he says.

The small space, once a beloved coffee shop, has a central, open kitchen so diners can see how food is prepared, dishes are washed, and even where flowers are stored. What makes Juliet so progressive is the business model, which embraces in-house talent and keeps ideas flowing. Workers are as much a part of the creative process as they are cooks, servers, bussers, and office staff.

In a management strategy that Juliet describes as ?open book,? financial and operational information is shared with all employees, who are responsible for the restaurant?s challenges and successes. Employees have a stake in the outcome, growth is organic, and the staff works as a team. Juliet doesn?t allow tipping because the servers are paid a living wage.

Through the restaurant?s Pay What You Can program, diners?particularly restaurant staff and chefs early in their career, neighbors, and students?are invited to enjoy a three-course prix fixe dinner for whatever they can afford to pay.

Lewin is nothing short of a modern-day Renaissance man, with a background in writing, movies, theater, dance, and poetry, but cooking is his passion and his living, and he?s received multiple awards and accolades for it. With Jazyeri?s creative eye adding to the mix, Juliet is an idea hub. The food is delightful and insightful, and the prix fixe menu fires on all cylinders. Juliet?s website describes the dining experience as ?a sort of immersive storytelling.? Themed menus include original poetry and prose.

The restaurant is only part of the Juliet experience. The team produces and manages a magazine, Of Juliet, featuring foodie fare as well as short stories, interviews, album reviews, opinion, art, and photography with covers designed by employees. Of Juliet is supported by donations and can be read online (ofjuliet.com).

The team at Juliet also produced a cookbook, Our Market Season, available on its website and at the restaurant. In a break from tradition, unlike dozens of restaurants in the Greater Boston area that grind out weighty cookbooks through major publishing houses, Juliet brought the process in-house. With a simple cover and beautifully detailed black-and-white illustrations by Ariel Knoebel, the book, affectionately called a cookbook(let), takes a seasonal approach to cooking and touches upon the unique ideas behind Juliet. It includes some 30 recipes as well as Juliet?s ideas, techniques, and stories.

Our Market Season and Of Juliet are available at the restaurant store, along with Jazayeri?s handmade cutting boards, Juliet socks, and custom spice blends by Curio Spice Company of Cambridge. As many as 150 people a day wander through Juliet, many of them neighbors. What?s next? Cooking classes are on the table, says Lewin. ?We?re looking for that spark,? he says. ?We have a lot of energy to give and not just for ourselves.??

Right, we know. Everyone makes onion soup with beef broth. Cheaters make it with chicken broth. We know, we know. But we make it with water. If you do the first part right, onions are just about all you need. You want to do it the quick way? Not a problem, but you better have some rich beef broth on hand to make up for it. We have recipes for beef and onion soup too. This was never meant to be that.