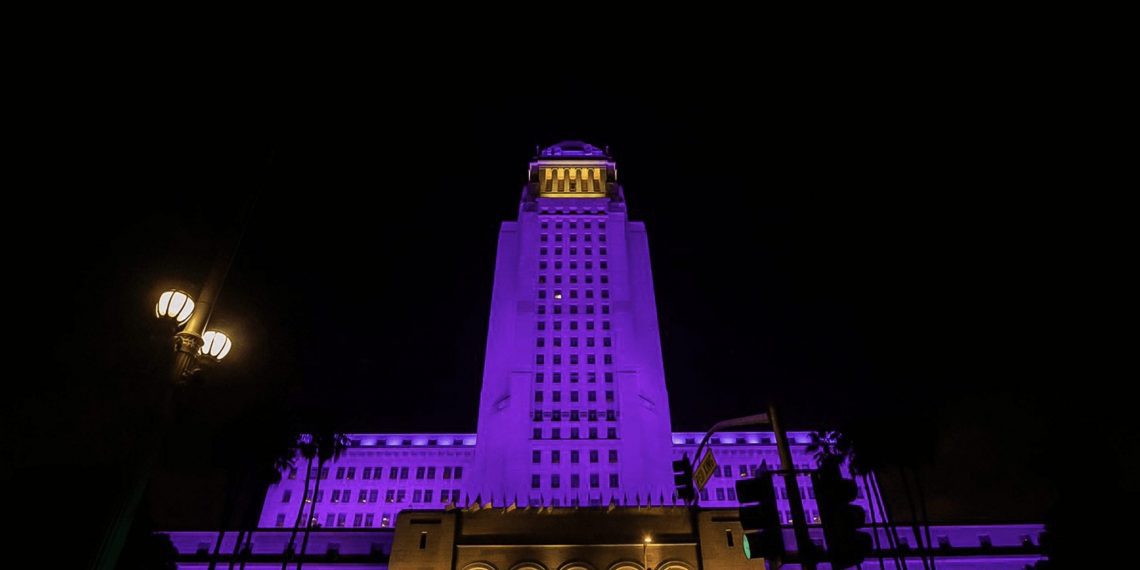 Loosing a Legend, Hemp-Based Self Care, Books to read and more.

byEli DupinandAaron H. Bible
in The Buzz
Reading Time: 7 mins read
A A
Share on FacebookShare on Twitter

On January 26, Los Angeles mourned the loss of one of our local legends when news hit of the deaths of retired LA Lakers Kobe Bryant and his 13-year-old daughter, Gianni, who were killed in a tragic helicopter crash along with seven other passengers. That evening, the Los Angeles City Hall was lit in purple and gold. ?Kobe Bryant was a giant who inspired, amazed, and thrilled people everywhere with his incomparable skill on the court?and awed us with his intellect and humility as a father, husband, creative genius, and ambassador for the game he loved,? Mayor Eric Garcetti said in a statement. ?Bryant will live forever in the heart of Los Angeles and will be remembered through the ages as one of our greatest heroes.? Bryant is survived by his wife, Vanessa, and their three daughters, Natalia, Bianka, and Capri.

The seven other passengers who lost their lives that day include Orange Coast College coach John Altobelli, his wife, Keri, and their daughter, Alyssa; mother and daughter, Sarah and Payton Chester; girl?s basketball coach Christina Mauser; and pilot Ara Zobayan.

Meet one of the original organizers of the Women?s March Foundation.

Los Angeles has been home to many activists, but one woman, Leda Ramos, began a movement that sparked something extraordinary when she organized the Women?s March Foundation in Los Angeles. Inspired after the 2016 election, when she says she was ?shaken by the deep misogyny? displayed during that time, Ramos reached out to find women who shared her passions and became a leader in a march that?s continually bringing women and supporters of equality together. A defender of women?s rights, Ramos is also an artist and educator at Cal State LA, where she teaches Chicanx Latinx art, film, visual culture, and transmedia organizing. She is an activist and organizer, engaging themes of feminism, resistance, and community power. This year marked the fourth annual Women?s March through downtown Los Angeles, with more than 300,000 marchers marching to advance women?s rights.

A new wellness space is opening its doors to expand the cannabis canvas.

West Hollywood is the city that launched the first legal cannabis caf? in the nation with OG Cannabis Cafe. The city?s commitment to bringing more like-minded companies into the space and to the community is leading the charge. This spring, Angelenos are invited to Aeon Botanika, a new modern cannabis wellness space. The storefront will include a plant-based caf?; wellness center with services such as bodywork, acupuncture, and other holistic services; and a Moroccan-inspired tea and hashish lounge. Its mission is to introduce ?Cannabis with Conscience, leading the way in curating brands in our stores that share our values for high-quality, social equity, and the ethical, sustainable production of cannabis products.? On-site consumption is allowed.

By Stephanie Wilson, Editor In Chief

1. READING ROOM
The Glass Hotel by Emily St. John Mandel (Knopf, $27). Showcasing her signature literary prowess, Mandel explores the infinite ways we search for meaning in this much-hyped new release, expected March 24. Also out this month: It?s Not All Downhill from Here by How Stella Got Her Groove Back author Terry McMillan.

2. STREAM THIS
Freeform?s The Bold Type. Now in its third season, this sleeper hit could be your new favorite series. It?s mine, in no small part because it centers on three young women working for a New York mag. But also because it?s witty AF, aspirational, and depicts successful women who are defined not by their relationships but by their careers. It?s empowering, and you should watch it for free on Freeform, or on your favorite streaming platform.

3. LISTEN UP
NPR?s Life Kit podcast offers tools to keep it together. And by you, I mean me; I need all the help I can get. Picking out a lightbulb last fall had me staring mouth agape in a store aisle for a half hour trying to make sense of all the options. After listening to ?Picking Out a Lightbulb, Made Easy,? I know which bulb?s for me. Life Kit?s episodes are short, to the point, and offer tips on how to do things like start therapy, start a book club, master your budget, remove stains, and juggle paperwork, appointments, and repairs. Basically how to adult.

4. GROWING TREND
Pot in Pots. The Swiss-cheese-leafed Monstera is last year?s ?It? plant. Cannabis is the hashtagable houseplant of 2020. Get in on the trend. Depending where you live, you can find clones or seeds at select dispensaries with an easy google?while you?re at it, look up local laws regarding home grows. Cannabis cuttings (a.k.a. clones) are pretty easy to root?check Leafly.com for tips?and you should definitely bring some to your next plant swap. Spread the word, spread the love.

A hemp-based self-care line offers a link to the senses.

Cannabis wellness has become a real part of our daily lives, from lit yoga classes to infused bath bombs, topicals, and luxury CBD products. Mineral, founded by Matthew ?Mills? Miller is a top-shelf hemp-based bath and body product line. Among the impressive lineup is Maison and Sousa, both available at the Neiman Marcus (neimanmarcus.com) in Los Angeles.

Maison ($70), made with hints of sage, sandalwood, and mint, is intended to reduce inflammation and soothe stressed skin in need of restoration. Sousa ($70) is a body oil and treatment made with 200 milligrams of CBD and the hemp-derived terpenes linalool and limonene.

The line is known for its sleek design, elegant aesthetic, scientific sophistication, and scents that evoke the undeniable allure of French perfumes. Miller is known as a pioneer in the cultivation of hemp plants, with an eye for design, creative campaigns, and high-quality products. You can find several products at Neiman Marcus in LA, San Francisco, Boston, and Las Vegas.

Although PE, or premature ejaculation, doesn?t have quite the same stigma as ED (erectile dysfunction), it can definitely become a barrier to intimate and meaningful lovemaking. It?s also a common problem for couples. In fact, Psychology Today recently reported on the ?orgasm gap.? In case you hadn?t noticed, men tend to reach an orgasm during heterosexual lovemaking about three times faster than women?5.5 minutes vs. 18 minutes. According to the new brand and product Promescent, up to two billion women go without orgasms each year as a result of this issue. Makers of Promescent, a climax-delay spray, claim it prolongs lovemaking. So, will it become the next Viagra? Check it out for yourself and see if it improves your sex life.

Meryl Streep on the Couch by doctor Alma H. Bond is a look at the inner workings of actress and activist Meryl Streep. Bond, a clinical psychoanalyst, is known for her couch sessions with famous women in history like Barbra Streisand, Hillary Clinton, Marilyn Monroe, Jackie Kennedy Onassis, and Michelle Obama. Streep approached her when researching the role of psychoanalyst for her film The Psychotherapist and what follows are stories, insights, and a deeper appreciation for Streep as a woman, mother, activist, and actress. Bond was married to the late Streetcar Named Desire actor Rudy Bond.

Available at amazon.com, barnesandnoble.com and bancroftpress.com

It?s Not How Good You Are, It?s How Good You Want to Be by Paul Arden may possibly be the most encouraging book anyone in the marketing, publishing, or advertising worlds can read. Pages and pages of honest, inspiring anecdotes, quotes, personal stories, and failures and successes make this book a must-read. Answering everyday questions with logical responses, Arden has written a cohesive handbook for navigating through the terrain of life by altering your conditioned mindset. The message: it doesn?t matter what job you have or where you are in your journey. His positivity and intellect will make it near impossible not to accomplish something epic in your own life.