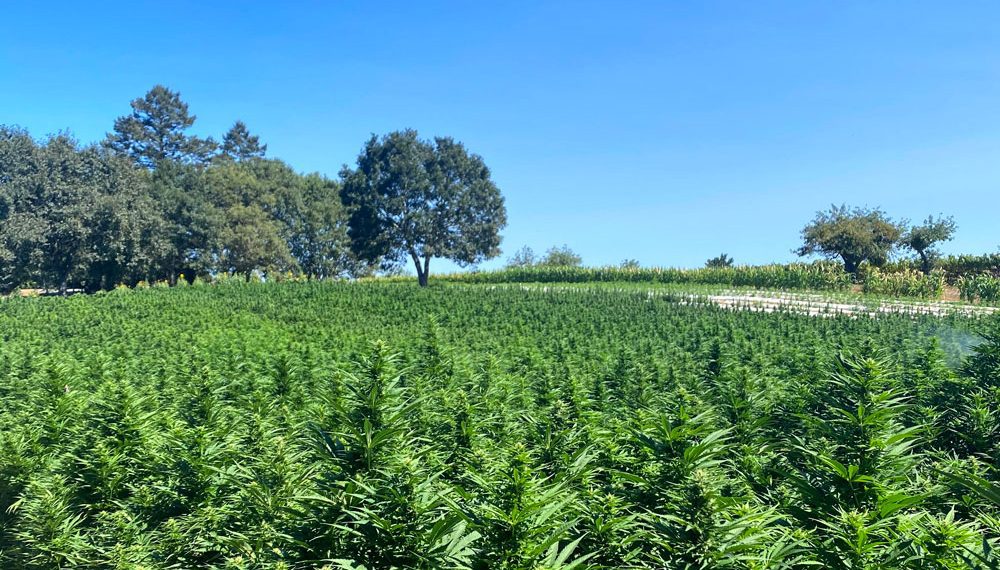 California’s cannabis farmers are reviving the historic Hessel Farmers Grange in Sebastopol with a mission to protect small producers and advocate for better policies across the nation.

“We like to be grangerly,” says Vincent Scholten, president of Hessel Farmers Grange #750 in Sebastopol, California. By this, he means acting with kindness, respect, and inclusivity, and as a 15-year veteran granger, it’s practically his motto. So what’s a grange and a granger you say? We’re glad you asked.

The Grange, formally known as The National Grange of the Order of Patrons of Husbandry, is a nationwide organization established in 1867 to assist farmers with problems and share information. As granging grew, grangers (members) banded together to promote the interests of smaller farms over corporations. Grange participation waned in the 1900s, but today in California, it’s being revived to again protect smaller producers—with one grange focusing entirely on cannabis and hemp farmers. 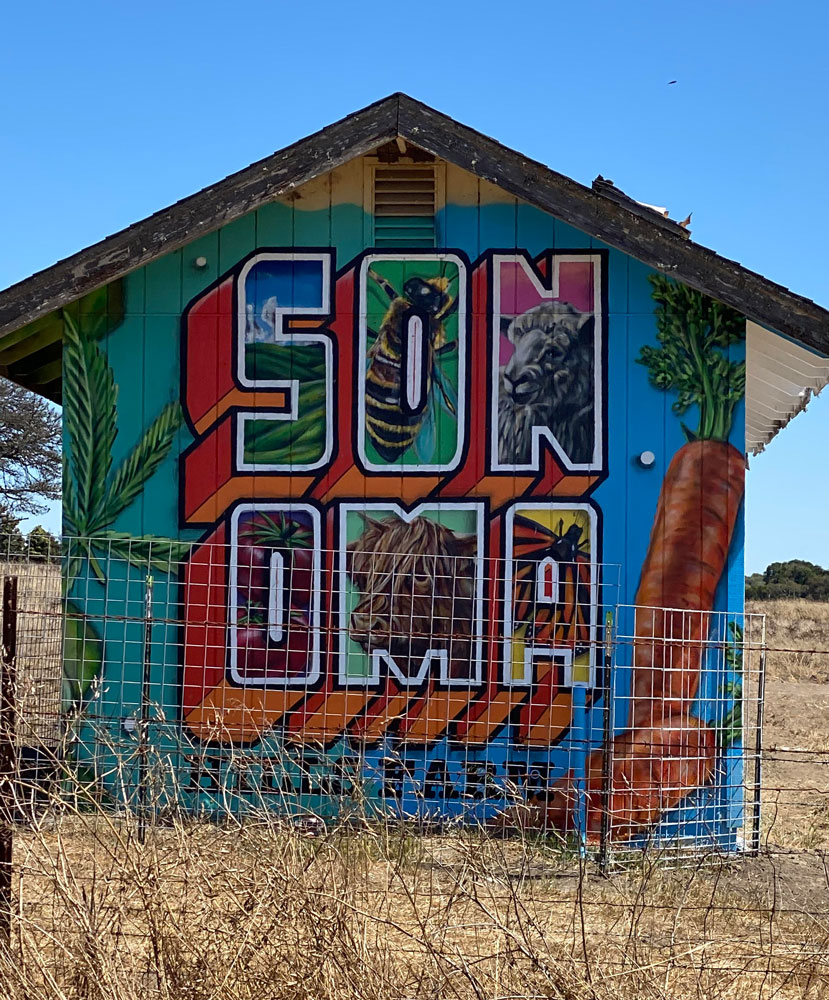 Scholten and others resurrected Hessel Farmers Grange—which was a dormant chapter of the national grange—with a cannabis and hemp focus after its legalization. Along with serving as president of this organization, Scholten is the ag chair for the State of California Grange and received the state and national grange’s blessing on making Hessel the United States’ first cannabis and hemp-focused grange.

Farmer and grange vice president Sam De La Paz joined Hessel to affect change through grassroots movement and believes the grange network is a staple of community building and advocacy through collaboration.

“Exponential growth is achieved when we work together, as we then double and quadruple our values,” says De La Paz whose activism within the grange led him to help form a local Sonoma County Cannabis Coalition working group, consisting of active Sonoma County cannabis organizations.

De La Paz says Hessel is unique among granges because “it’s the only grange in California made up exclusively of weed and hemp growers who’ve banded together to survive the onslaught of corporate cannabis and resist the power of local regulatory agencies.”

According to Jamie Ballachino, stuart of Hessel Farmers Grange and president of Hands in the Earth farm in Healdsburg, the timing is right for the return of the grange. “The real power of the Grange’s has kinda laid low for about 100 years,” he says. “The reason for the Grange’s formation was simple: They needed representation for the people. You can’t represent a group of individual voices unless you organize.”

“Exponential growth is achieved when we work together, as we then double and quadruple our values.”

Hessel Farmers Grange started organizing on a small scale, and despite the pandemic slowing its roll, it’s quickly growing into a cannabis community. “I wanted to make something for farmers,” Scholten says. “It started with 17 of us cannabis growers who were fed up with county restrictions and wanted to push back on the machine putting us down.”

Today Hessel has about 100 members, 75 percent related to hemp and cannabis in some way, and the grange’s growth is showcasing a rapidly changing perspective on cannabis farming.

“This was my dream from the get-go, to bring people out of the closet,” Scholten says. “It used to be that you didn’t tell people outside your circle that you grew [cannabis] without repercussions. We wanted to bring these people together.”

Gathering cannabis and hemp farmers together brings the craft into the light, allowing growers to discuss it. “We have mostly farmers and nurserymen in Hessel Grange,” Scholten adds. “They can come and talk farming, which was the original purpose of the grange.”

Non-farmer members find benefits in this cannabis community too, like Taniya Fuller Green, co-founder of Cannaquisitve and a marketing professional in cannabis retail at Aloha Aina Dispensary. 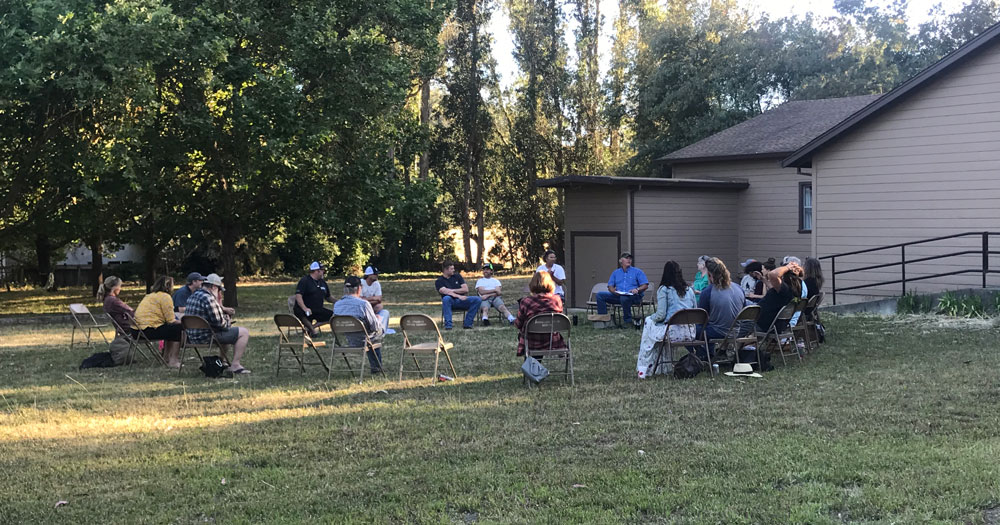 “I joined the Grange as a way to learn about what issues farmers were facing, to lend my time to help the cannabis community, and to be more social. I’ve received several benefits from gaining friendships to being abreast of what’s happening in cannabis legislation,” she says. “My favorite benefit, though, is being able to share this information with cannabis consumers and those working in cannabis retail. Because I work at a dispensary, this information gets to the consumer through the staff I’ve educated or myself.”

Granger and Spring Creek Farms co-owner Zelig Kronberg joined to partner with other small producers. “The grange is all about education and social change, allowing farmers to share best practices so they can be free from big agricultural companies trying to sell them things they don’t need,” he says. “The grange is also a perfect place to host educational events (soil building, composting) to further give back the power to the farmer so they are empowered to take control of their health and community’s wellbeing.”

Fighting for small producers matters to Scholten because Hessel Farmers Grange makes its home in Sonoma County’s Sebastopol, a destination not known for welcoming cannabis and hemp farming like other California counties.

That means this grange also serves another important purpose: collectively pushing back against county restrictions to promote legal cannabis and hemp growth endeavors.
“The grange is fundamentally structured to lobby for our farmer’s rights,” says Kronberg of Spring Creek Farms, and Hessel’s leadership team agrees.

De La Paz is passionate about this mission, as he believes regulatory agencies have squashed many smaller farms’ cannabis interests by failing to issue (or delaying the issuance of) permits to applicants eager to grow this cash crop.

Scholten is familiar with this problem, as he’s been continually denied a permit for cannabis growing, despite being the longtime owner of Nor Cal Growers, an organic nursery in Sebastopol.

“I have been in the cannabis permitting process for three years to do nursery stock and breeding,” says Scholten, who was granted a permit to cultivate hemp last year in a greenhouse on his West Sonoma property, but still cannot legally grow cannabis.
A few years back, thousands of farmers grew cannabis on this rolling, fertile land. But few remain today after a decision by county officials to make residents with Rural Residential or Agricultural Residential permits ineligible for cannabis growing permits.

Scholten is fighting against this decision and seeking to have their voices heard and make change. But he always promotes doing so by “killing them with kindness” and changing county regulations through grangerly behavior.

“Sonoma County is one of the best growing climates in the world. We have great seasons, we’re close to the coast,” Scholten says on why growing cannabis here matters. “This county is way behind; it’s a lot of infighting.”

Community strength and cooperation in making change is the main reason cannabis grower Lisa Lai of AllCali Farms joined Hessel Farmers Grange. “I believed there is strength in the long-standing farming social organization. I still do,” she says.

“I wanted to advocate for my personal farm, other farmers, and future farms. Traditional agriculture is already tough, and we have additional barriers to entry and regulatory restrictions. We need to work together to get it right.”

Scholten agrees. “The grange is viable today for helping us get the word out as a whole and use our voice together to be stronger,” he says. “We needed to come together to fight the county to allow us to grow cannabis and hemp.” 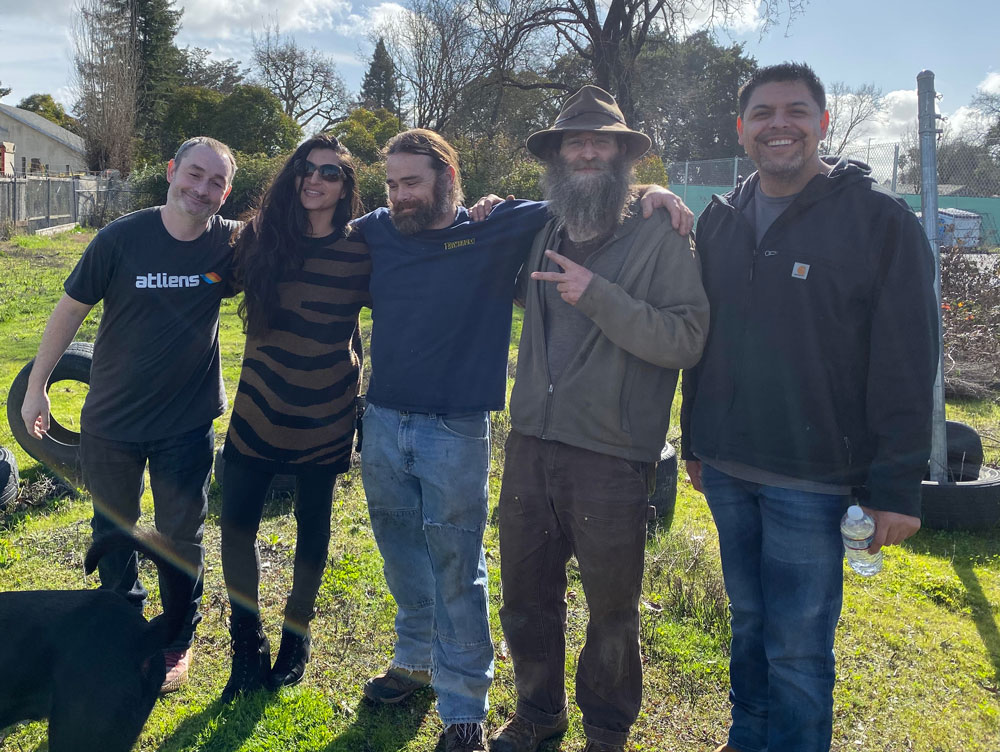 Hessel Farmers Grange uses its collective voice to successfully lobby for resolutions that benefit cannabis/hemp farmers through grassroots organization and letter-writing campaigns. “The resolutions we passed, four were cannabis-related, and we passed them on a state level. We will actively lobby congressmen in Sacramento,” says Scholten. “One of those was making cannabis a commodity, one was to use our by-products for animal feed, one was to change the tax rules, and one was a small farmer initiative for farmers that make less than $100,000 a year.”

But this is just a start of what Hessel grangers like Ballachino want to accomplish. “We still have a lot to fight for. First, we need our permits, after four years of waiting, before the corporate farms take over everything. We need to develop ourselves and keep the national big guys from stealing it all from us when the government legalizes it,” he says. “We don’t want to be the next grape, we want to be a better grape, with the least amount of negative effects on the environment and our bodies as possible.”

The Future of the Grange

As COVID-19 restrictions are lifted, Hessel Farmers Grange hopes to resume in-person monthly meetings at its grange building in Sebastopol. With Sonoma County entering the less-restrictive orange tier for reopening, the group plans to resume socially distanced meetings as early as this month.

A kid’s auxiliary sub-committee has also been established, but in the meantime Hessel Farmers Grange will continue to focus most of its efforts on hemp and cannabis. With legalization efforts ramping up nationwide and legislation around cannabis varying widely, the grange’s team plans to focus on cannabis and hemp policy changes that benefit smaller producers in California and beyond. 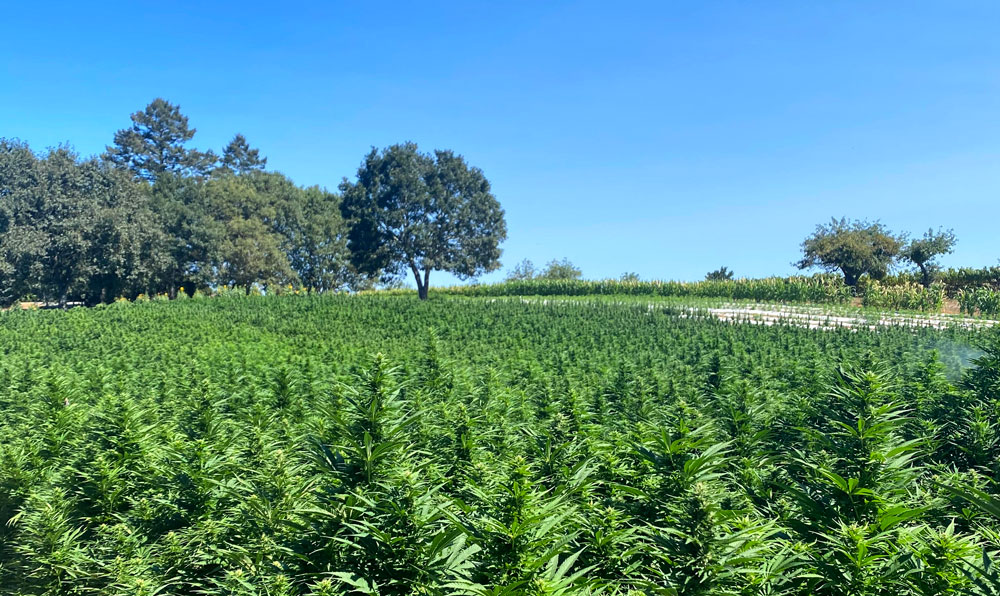